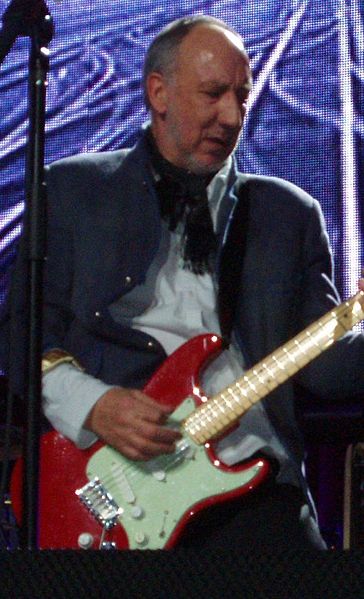 The Who close Glastonbury 2007

Rock veterans play the hits in the rain

The Who brought this year's Glastonbury Festival to a climatic close tonight (June 24) with a greatest hits set on the Pyramid Stage.

As the festival began with pouring rain, so it ended with the heavens opening throughout the rock veterans' hour and a half performance.

Launching into 'Relay', guitarist Pete Townshend made reference to his internet vision back in 1971, the year he wrote the track.

Joking with the crowd he said: "You look at these old fuckers here onstage talking about the internet in 1971 and that was the year I wrote this song."

The rock veterans went on to thrill the crowd with a stunning performance of classic hits including 'My Generation', 'Won't Get Fooled Again', 'You Better You Bet' and 'Pinball Wizard', which saw the band roll through a huge medley.

Of their performance Townshend told the crowd: "We waited a long time to come here. We are so pleased to be here. Thanks for sticking with us."

As The Who drew the three day bash to a close, Townshend strapped on an acoustic guitar and Daltry was seen swigging from a mug for the final track 'Tea And Theatre'.

The singer added: "It maybe muddy, it maybe wet but you have been fantastic. Thank you Glastonbury."