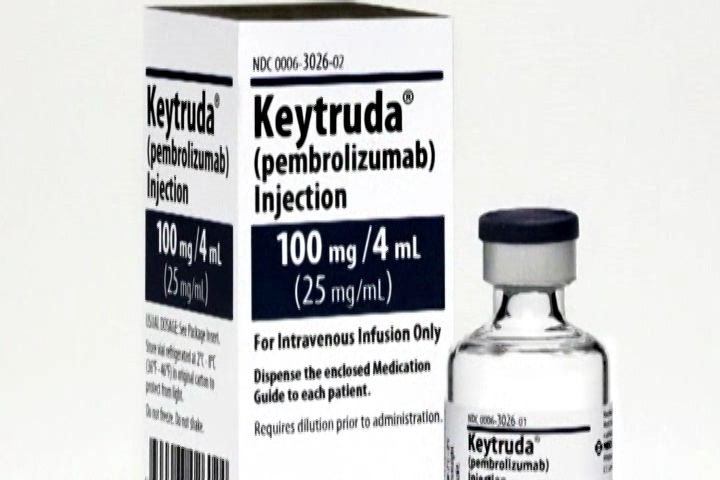 SARASOTA- Lung Cancer is the number one cancer killer in men and women, but immunotherapy drugs are transforming the way lung cancer is treated and helping patients live longer.

Patients like David Cerone, who went to the doctor after intense coughing over the holidays.

“Came back with the diagnosis that I’d been dealt this card,” Cerone said. “Stage 4 lung cancer and a tumor in my right arm.”

Dr. Steve Mamus started him on chemotherapy and an immunotherapy drug Keytruda.

A new study finds this drug combination cut the risk of dying in the first year of treatment almost in half for patients with advanced lung cancer.

“I think really speaks to the fact that this is really a game changer,” Dr. Mamus said. “That these immunotherapy drugs are really changing in a way what the standard of care will be for different kinds of cancer.”

Immunotherapy works by helping your body’s own immune system attack the cancer.

“When cancers are growing in an individual,” Dr. Mamus said. “That cancer is largely invisible to the immune system. Somehow it’s gotten around the immune system, and if you will you can almost think the tumor is producing camouflage that camouflage is removed by the use of Keytruda or immunotherapy.”

“The idea of your body fighting rather than chemicals fighting this thing,” Cerone said. “But your own immune system fighting is extraordinarily positive and much less toxic of course.”

Cerone is still in treatment and doesn’t know his results yet, but he feels better and he’s hopeful for the future.

“I’m happy for the younger people coming up,” Cerone said. “And if they’re onto something that’s important as it seems to be, well that’s wonderful for our whole society, don’t you think?”