FRANKLYWNOW - Imagine Dragons frontman Dan Reynolds opens up about AS

Imagine Dragons frontman Dan Reynolds opens up about AS 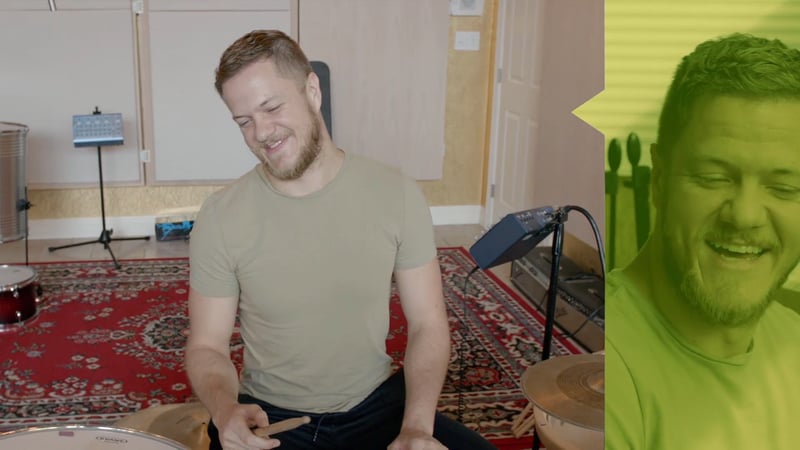 IT’S YOUR HEALTH – Reynolds is opening up about having Ankylosing Spondylitis (AS), a painful, debilitating auto-inflammatory disease he says impacts his life every day.

“Whether it’s exercise, having to eat a certain way, checking with my rheumatologist to make sure my body’s in a place where I can perform every night..” Reynolds said.

Reynolds calls it an invisible disease, meaning there’s not a lot of awareness.

He went through two years of being misdiagnosed by multiple doctors, all along having AS, which primarily affects the spinal joints, but could extend to the neck and hips.

“That’s years of pain; it’s years of the disease kind of elevating, and you just having to deal with what comes with that and it’s a pretty scary thing,” Reynolds said.

Rheumatologist Dr. Hillary Norton has AS. She, too, was misdiagnosed at first.

“Most of the time when I diagnose a new patient with AS they say, ‘What’s that?’”

That’s something the two are trying to change.

“We’re just trying to get the word out there that there is a treatable back pain called ‘AS,'” Norton said.

She says there are some red flags that could indicate AS.

“When you have pain at night, when this is pain that comes on generally in your 20’s and it’s not going away,” Norton said.

Stiffness in the morning is another thing to look for.

“It’s so individualized; there’s not one answer that fits everybody’s situation,” Reynolds said.

Now he’s thankful for AS education and hopeful others can benefit from it like he did.

“It really did save my life and help me do music in the way that I have,” Reynolds said. “I wouldn’t have been able to do it otherwise.”

The post Imagine Dragons frontman Dan Reynolds opens up about AS appeared first on SNN TV.