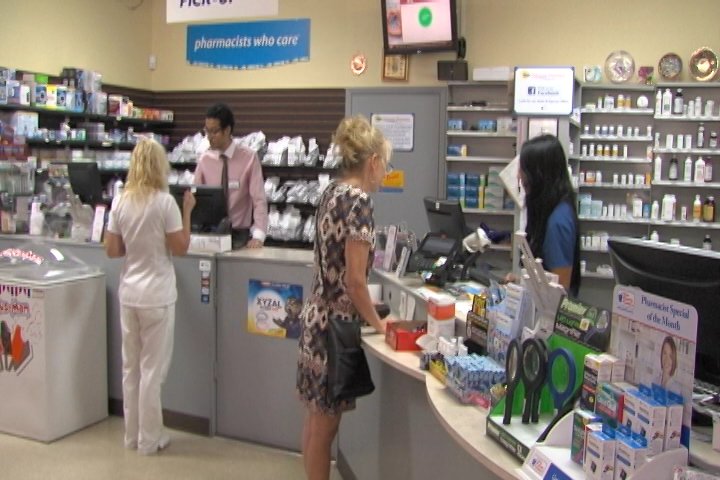 SARASOTA- You’ve been taking the same medication for years, you head to the pharmacy to place your usual prescription, and the pharmacist has bad news.

“The medication isn’t available anymore,” Dr. Cooper said. “And the doctor didn’t know, the patient didn’t know, and perhaps even the pharmacist wasn’t even aware of it. So often times it’s a surprise and then everyone has to scramble to find the right substitute.”

Dr. Daniel Cooper says drugs can be discontinued due to rising production cost, manufacturing issues, and a slight change in the drugs formula.

And the problem is more common than you think.

“We’re seeing this in veterinary medicine as well,” Dr. Small said. “Many of the drugs we did use that were name brand drugs are being discontinued, and there is a big move toward generics.”

Dr. Howard Small says most times there is a substitute.

“They can give you a similar medication,” Dr. Small said. “Same ingredients, also possibly a generic, that will do the same function for your pet.”

Dr. Daniel Cooper says filling your prescription early can give you enough time to find a new medication.

“At least a week in advance,” Dr. Cooper said. “So that they can anticipate a problem. Usually a pharmacist can find out within 24 hours if there is an issue, so that’s enough time for patient and pharmacist to contact the doctor.”

“If there is any kind of shortage that should be a public notice,” Dr. Cooper said. “Whether that’s a shortage of an anti-biotic or of any kind of drugs.”

Dr. Cooper says simple pharmaceutical regulations could help patients be more informed by requiring companies to issue a public notice in the event of a shortage.