FRANKLYWNOW - Bariatric surgery – why are so many lap bands failing?

Bariatric surgery – why are so many lap bands failing? 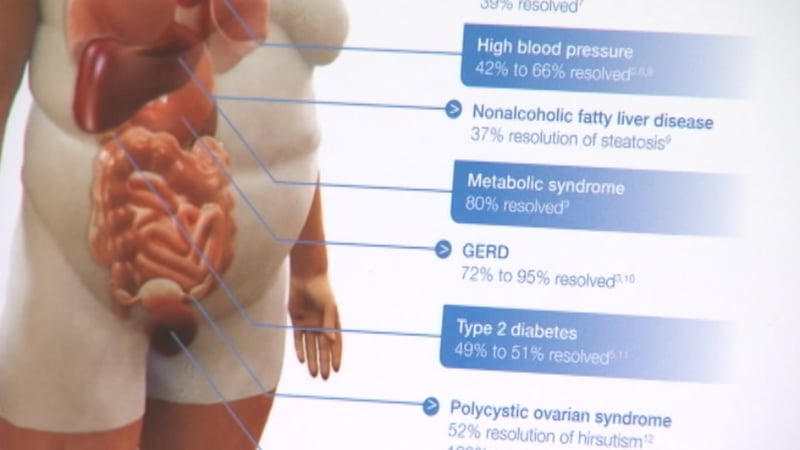 SARASOTA – There are quite a few options if you’re looking for weight loss surgery, but one procedure in particular has alarming rates of failure.

What was once the most common weight loss surgery in the U.S now has a 75% failure rate, that’s according to research from JAMA and the Obesity Surgery Journal.

“The reason I don’t like the lap band is I don’t think it offers enough assistance,” says Dr. Arun Rao, Director for the Bariatric and Metabolic Center at Sarasota Memorial Hospital. “I think because we don’t know who is most appropriate for that procedure, we take a big risk.”

Dr. Rao has seen several lap band failures, including one with Janice Scherwitz. “I was not only putting on weight again, but also getting sick a lot,” says Scherwitz.

A procedure that was supposed to turn her life around sent her back to the OR for a gastric bypass.

Dr. Rao says research has found only 27% of patients will find this procedure successful, and one in five will need a revision or removal immediately after.

“All of a sudden one day things aren’t working the same and we can’t figure out why, or the band happens to slip or erode and now we’ve got an emergency on our hands,” says Dr. Rao.

The good news? There are other options, and when you find the one that’s right for you, “It’s like night and day,” says Scherwitz.

The gastric bypass was a more complicated procedure, but it’s the one that gave Scherwitz the life she never thought she’d have. “It’s a life changing experience it really is,” she says.

But before you take that step, Dr. Rao says it’s important to know the procedure is a small part of your journey and the lifestyle change is up to you. “At the end of the day while I’d love to have everybody in a bikini, the fact of the matter is, my job is to make your life longer and more enjoyable,” she says.

“People who think that this is just ‘oh you get the lap band or the gastric bypass or the sleeve done and you wake up the next day and you’re thin,’ it doesn’t work like that,” says Scherwitz.

The post Bariatric surgery – why are so many lap bands failing? appeared first on SNN TV.