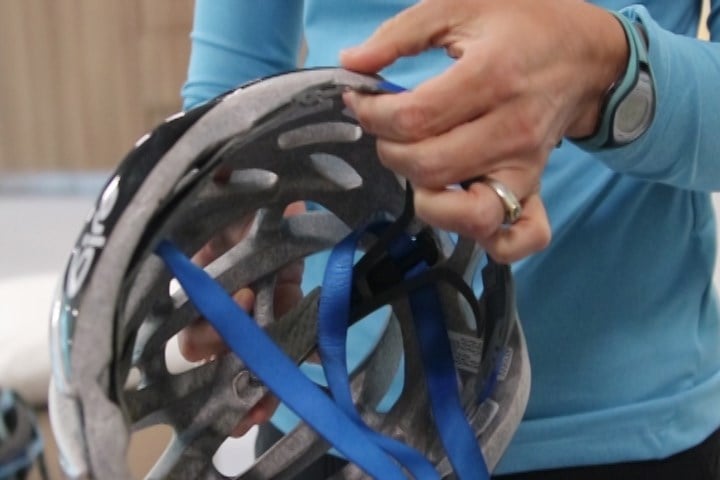 SARASOTA – An Ohio healthcare group says 25 kids go to the emergency room with a bike related injury every hour in America.

Most injuries involve bruises, cuts, and broken bones, but head injuries are far too common. And often involve car accidents, contact sports, or riding a bike.

“When you have a brain injury if it’s severe enough then you may find yourself needing to come and see me and that would be in rehabilitation and when I see patients there, I just want to emphasize their lives are turned upside down,” said Dr. Alex Bajorek.

Dr. Alex Bajorek is a physiatrist with the Physical Medical Rehabilitation at Sarasota Memorial Hospital.

He says severe head injuries can cause someone to lose their ability to swallow, speak, and move.

“So when you sustain a traumatic brain injury, there are a couple of processes that can go on. First of all, you can have contusion or bruising of the brain itself both at the site of impact and also at the opposite end of the brain,” said Dr. Bajorek.

The best way to protect yourself from a traumatic brain injury while riding a bike is to wear a helmet.

In order for a helmet to be sold in stores the helmet is required to pass Consumer Product Safety Commission testing.

(stand up) Virginia Tech University is saying some helmets might protect your head a little bit better than others.

A new ratings program based on collaborative research by Virginia Tech and the Insurance Institute for Highway Safety helps bicyclist and other bike helmet consumers find helmets that offer the best protection.

The research found that price wasn’t a factor, but helmets with MIPS technology protect the head better.

“MIPS is multi-directional impact protection system. It is a little rotational liner that helps the helmet turn a little bit. So it’s a little less violent when your head hits the ground,” (said Edward Levins who is the owner of Village Bikes.)

Edward Levins who owns Village Bikes says he doesn’t think it’s always necessary to have a helmet with MIPS technology, he encourages his customers to buy various helmets depending on their specific biking routine.

“Someone who is going to be riding around the neighborhood, we’re looking for protection mostly. Someone who is going to be out 2 or 3 hours or doing longer distance rides like on legacy trail for instance, we encourage them to get a lot of ventilation because it’s hot and we want a lot of air going through it. You can get all of that with MIPS helmets or helmets that don’t have MIPS in it,” said Levins.