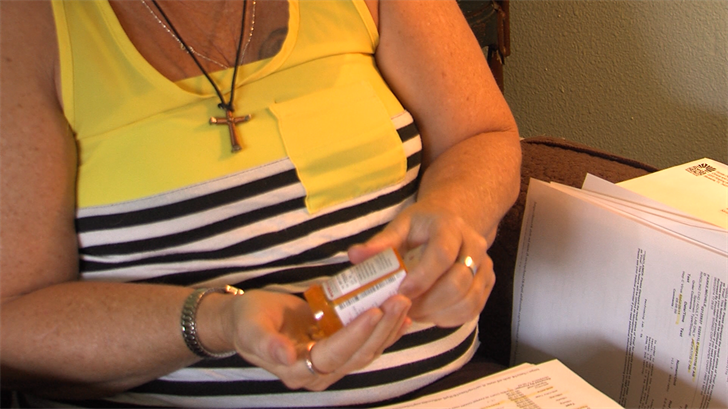 SARASOTA- Hepatitis C is easily treated and curable, but to be cured, you have to know you have it.

Michele Parke says she tested positive for the disease in 2009, and for almost a decade the disease has continued to progress because the health department didn’t tell her the results.

Michele went to the Sarasota County Health Department with odd symptoms in 2009.

“I just didn’t feel right,” Parke said. “You can just tell when something’s wrong with you.”

She had persistent nausea and headaches, and over 9 years her symptoms kept getting worse.

“Then my joints started,” Parke said. “My ankles, my knees, like my body doesn’t want to hold my weight up, it’s hard to walk. Then I started with the swelling.”

Then a severe pain in her side. In February 2018 a doctor said she was determined to find an answer, and she did, Hepatitis C.

“My knees went weak,” Parke said. “And I said when, when did you find out I had this, how did you know I had it, she pulled the monitor, and bright red letters, she goes let’s look, and it said 2009 bright red letters.”

So for 9 years, Parke didn’t receive the treatment she should have.

“It’s difficult to know exactly what could have happened to this woman in the last 9 years,” Dr. Vega said. “Some patients it can be a very aggressive form, and they can go on to develop liver cancer or even cirrhosis in those 9 years.”

So Michele Parke could achieve a 100% cure.

Parke hopes her story encourages others to take control of their care.

Michele will be starting treatment at CAN community health this month. If you are at risk of contracting Hepatitis-C, Dr. Vega says talk to your doctor about being tested because the earlier you catch it, the easier it is to treat.