Beverly Hills, California (CNN) Former President Barack Obama, re-emerging into the political fray for a Democratic National Committee fundraiser here on Thursday, had a message for troubled Democrats: Do more than just mope.

Obama peppered his 45-minute appearance with subtle knocks for despondent Democrats, warning that it is not enough to lament Donald Trump's presidency or complain about the impact he is having on the country. Instead, a tie-less and visibly relaxed Obama urged Democrats to back up those concerns with action and avoid the belief that the party is bound to defeat Republicans in November.
"If what you are doing requires no sacrifice at all, then you can do more," Obama told the tony crowd at a sweeping multi-million-dollar Beverly Hills home. "If you are one of these folks who is watching cable news at your cocktail parties with your friends and you are saying 'civilization is collapsing' and you are nervous and worried, but that is not where you are putting all your time, energy and money, then either you don't actually think civilization is collapsing ... or you are not pushing yourself hard enough and I would push harder."
At one point, he turned to the crowd and declared, "Enough moping, this is a mope-free zone."
And the former President even suggested to the roughly 200 donors in attendance, who also enjoyed a performance from Christina Aguilera, that Democrats can't get fixated on the glitz and personality of politics.
close dialog
"We shouldn't expect (politics) to be entertaining all the time -- and Christina Aguilera was wonderful -- but you don't need to have an amazing singer at every event," he said. "Sometimes you are just in a church basement making phone calls and eating cold pizza."
The fundraiser, the first Obama has done for the DNC this year, is a rare foray into electoral politics for a former president who has spent much of his time focused on two priorities: His forthcoming book, which he is writing by hand on a yellow legal pad, and The Obama Foundation, his non-profit that will eventually be housed in his Chicago library.
But Obama's message on Thursday, sitting in overstuffed armchairs across from DNC chair Tom Perez, was far more a call for Democratic self-reflection than the hope and change the launched him into the White House 10 years ago. At an event that included opening remarks from Los Angeles Mayor Eric Garcetti, Obama urged Democrats to not grow complacent and at times validated their fears about the last 18 months.
"This is a moment of great urgency and you are right to be concerned," he said.
At no point in the event did Obama actually say Trump's name. But he did sprinkle his remarks to ardent Democrats, some of whom spent thousands to see him, with plenty of knocks against the opposing party.
"They are mad even when they win," he exclaimed. "Have you noticed that? They don't look happy at all!"
The fact Obama has returned to the political fight will be welcome news for Democrats who, facing what they believe to be a generational fight against Trump, have publicly pleaded with the former president to stop avoiding the day-to-day political drama.
But his tough love message to the party is likely not what those Democrats expected.
"I would caution us from extrapolating too much from a bunch of special elections and starting to think, 'OK, this will take care of itself,'" he said. "Because it won't."

Obama to step up involvement in midterms 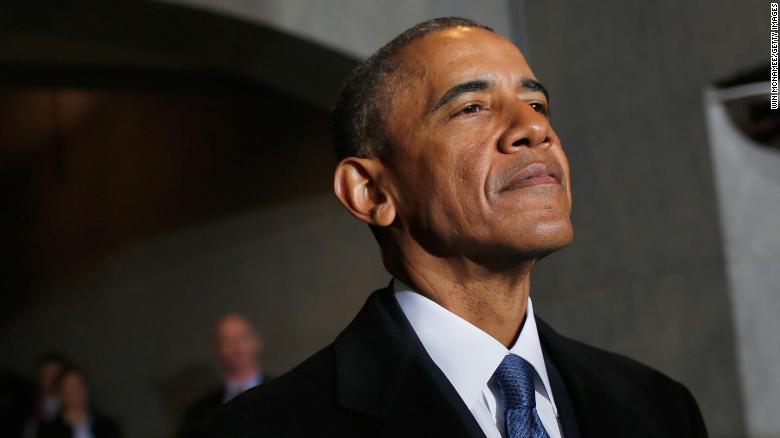