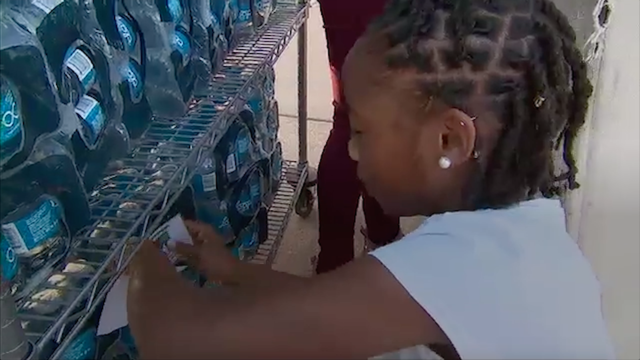 Dashai Morton only wanted one thing for her 12th birthday -- To help hurricane victims in Puerto Rico by donating 500 cases of bottled water. And that's just what she got. Dashai started #ProjectGiveback, and asked her community to help. "I did this because I just want to help other people," she told FOX 5. Dashai had visited Puerto Rico on a cruise with her grandmother before the storms hit, and called it an amazing place. That visit inspired her to help. When her birthday arrived, she had collected 460 cases, and used her birthday money to reach her goal of 500. "They need everything to help them to build back," she said. Her birthday selflessness inspired even more people to donate. One week later, Dashai has more than 3000 cases of water to give to victims. People have also donated non-perishable food items, baby formula and toiletries. Nick Clark, a teacher at North Forestville Elementary School in Forestville, Maryland was impressed. "You can't teach it. Especially when children want to generally help each other and want to help their community. And she realized the people in Puerto Rico were in dire straights and she wanted to do something -- On her birthday," he said.