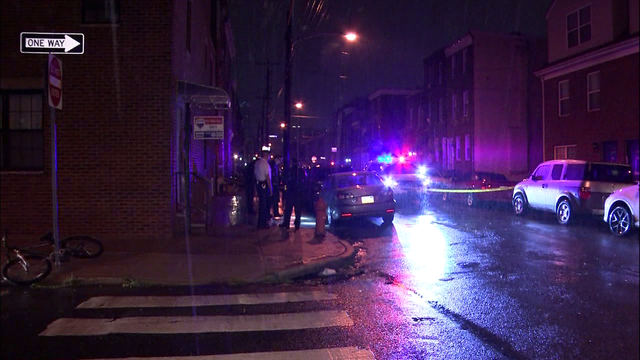 A man is in critical condition Wednesday morning after he was shot multiple times in South Philadelphia.

The shooting occurred just after midnight on 16 th and Wharton Streets.

Police say the victim was shot multiple times in the chest and stomach and taken to Jefferson Hospital where he was listed in critical condition.

Investigators say they are looking for two suspects who they believe opened fire on the man as he sat on the front steps of a home.