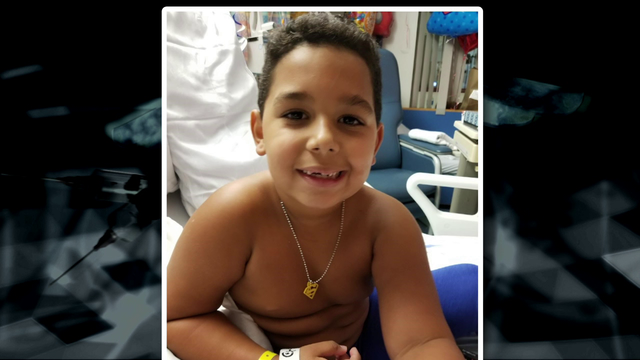 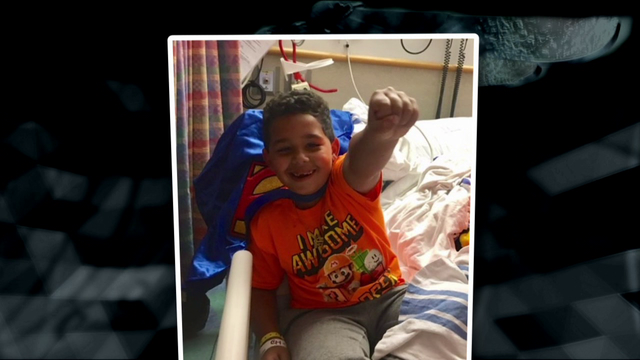 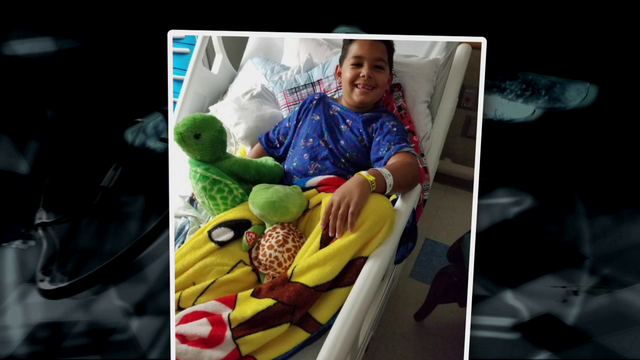 A young Burlington County boy is fighting for his life for the second time, just years after local officers helped save his life.

FOX 29 first introduced viewers to 6-year-old Braylon back in 2014. Braylon was just 3-years-old when officers with the Westampton Police saved his life after he experienced trouble breathing.

Young Braylon called those officers his heroes. Now, those officers are part of a community movement to help Braylon once more as he fights for his life.

A few weeks ago, Braylon's mother started noticing his arm and legs were twitching. His symptoms grew worse, affecting his eye and is walking.

It wasn't until Braylon went to get his tonsils out that a doctor at the Children's Hospital of Philadelphia noticed something wasn't right. The doctor ordered a CAT scan, followed by an MRI.

The scan showed a tumor on Braylon's brain stem.

Braylon had surgery on Tuesday, and now the hard work on the road to recovery begins.

Along with Braylon's little sister and parents, the town of Westampton, New Jersey has embraced the little fighter. The deputy mayor started a GoFundMe page to support the family with medical bills.

They called it 'Braylon's Warriors.'

Braylon's mother Jennifer joined Good Day Philadelphia Wednesday along with her sisters Jessica and Jamie, and Westampton's Deputy Mayor Abe Lopez to talk about Braylon's battle and what the community support means to them.