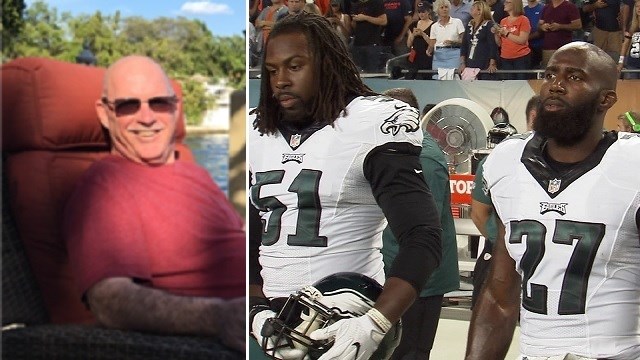 The obituary of a late New Jersey sports fan is garnering attention after it takes a parting shot at his beloved football team.

An obituary for Jeffrey Clayton Riegel on the Wimberg Funeral Home website seemed to be riddled with numerous jokes and comical lines.

The Atlantic City native passed away on August 18, and was described as a 'wonderful' husband, uncle, brother, and son.

After noting the family Riegel leaves behind with his passing, the obituary takes an unexpected turn.

"God gave Jeffrey the miracle of time to prepare which allowed him to verbalize his last wishes. He requested to have 8 Philadelphia Eagles as pall bearers so the Eagles can let him down one last time."

The shot is likely a reference to the lack of Super Bowls under the belt of the franchise, and a recent playoff drought.