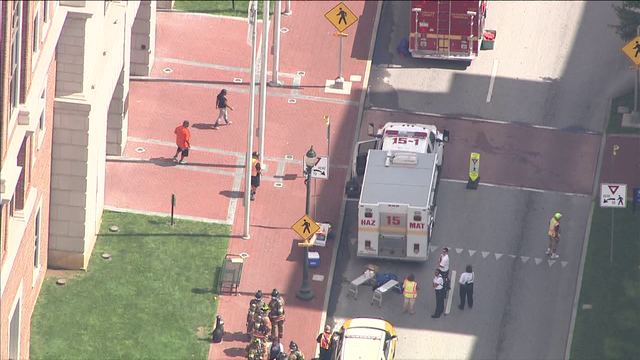 SkyFOX was over the Chester County Courthouse in West Chester Wednesday after crews responded to reports of a suspicious substance inside.

Hazmat crews were called to the scene on 220 Market Street after a white powder was reported to have been found inside a court room.

The Justice Center's 7th floor was evacuated while crews investigated. Authorities say the white substance that was found has not yet been identified.