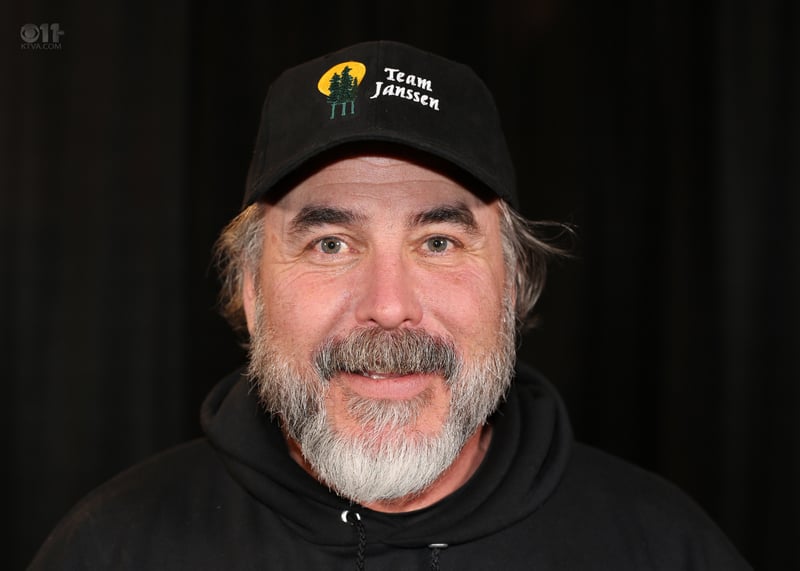 Scott Janssen, the “Mushin’ Mortician,” 53, was born and raised in Crookston, Minnesota. He married his high school sweetheart, Debbie, in 1980. He graduated from the University of Minnesota in 1985 with a B.S. degree with a major in Mortuary Science. Scott and Debbie moved to Alaska in June of that year for Scott to work as a funeral director at Evergreen Memorial Chapel. He has been a mortician and funeral home owner for the last 30 years.

The Janssen’s, along with their friend Jordan Eastman, own three funeral homes located in Anchorage, Evergreen Memorial Chapel, Alaska Cremation Center and Eagle River Funeral Home. Scott has been a friend and sponsor of Paul Gebhardt for over 17 years and began mushing in 2007. He finished the Iditarod in 2011 with a team of Gebhardt dogs and in 2012, he had a blend of his own dogs and dogs from 1984 champion, Dean Osmar. In 2012, his race went national when the story of the mouth to snout resuscitation of his dog, Marshall, was on Diane Sawyer’s World News Tonight and the Today Show.

Marshall fully recovered and is retired, living in the house with the “full benefits” of an Iditarod veteran. Scott says “Iditarod has been my dream since 1986.”