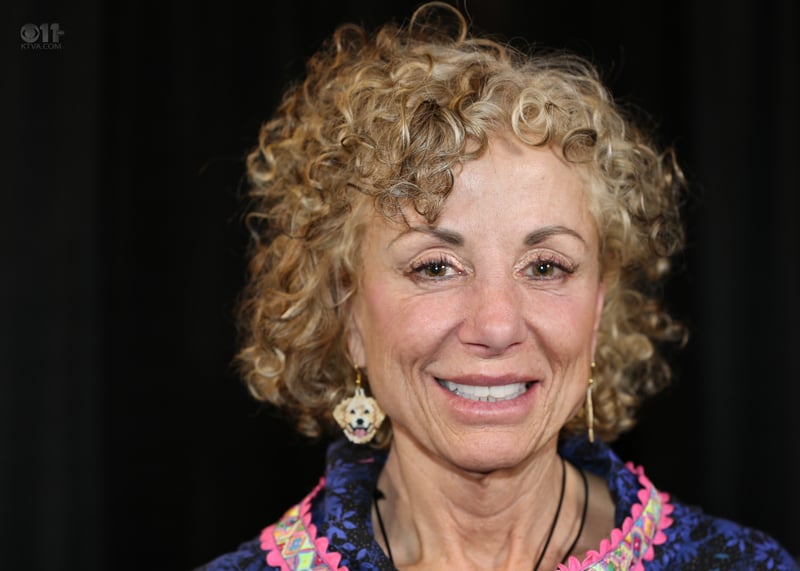 DeeDee Jonrowe has many dogs to care for, but it’s a labor of love — which works both ways. She remembers her first years in Alaska, working and living in the small community of Bethel.

“The weather was cold, but the culture was wonderful,” Jonrowe said.

Part of that culture was dog mushing. She starting running races on the Kuskokwim River.

“Didn’t realize that at that point in time they had women’s races and men’s races and those didn’t cross, and if you were a woman, you were supposed to carry a man in your basket,” she said. “I thought well, I think the Iditarod would be more appealing to me because they don’t care.”

For the next 25 years, Jonrowe would miss only three races. And to this day, she remembers a piece of advice given to her on the trail.

It was what she needed after a doctor visit in 2003.

“You know, you sit down, and then the doctor gives you some big name, I didn’t have any idea what that meant. I said, ‘Does that mean I have cancer?’ And he said, ‘Yes it does, and you have some major decisions to make.'”

Jonrowe would endure months of aggressive surgery and chemotherapy.

Just a few weeks after her last treatment, she was on the Iditarod trail. She finished in the top 20. She credits her dogs for carrying her through some of life’s biggest challenges.

“They help me, in my weakness they help me, and they’ve made the sport even more fun if that’s possible,” she said.