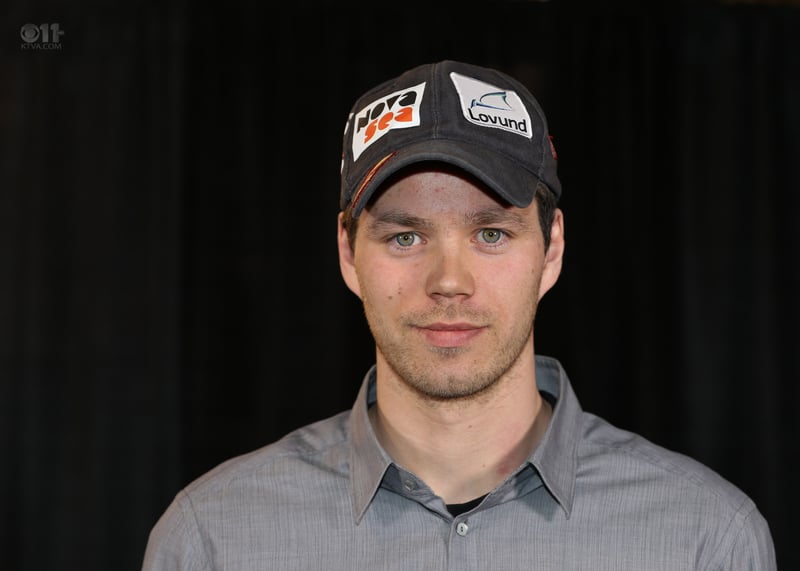 2013 Iditarod Rookie of the Year, Joar Leifseth Ulsom, is the fastest rookie to have ever run the Iditarod.

Joar, 27, is born and raised in Mo i Rana, Norway, 50 miles south of the Arctic Circle. He and all but one of his dogs came to Alaska from Norway in 2011 to be part of Racing Beringia at RacingBeringia.com — a free online education program used by millions of students in K-12 classrooms around the world. Fueled by the adventure of the sled dogs, students learn natural and social science as they explore the region from Alaska to Chukotka, Russia, known as Beringia.

Joar went live with the program in 2012 from the Yukon Quest where he placed sixth, and then went to Russia for what is considered the toughest race in Eurasia: The Nasdezhda Hope Race. Joan became the first non-native champion of that race in 20 years, with the fastest time ever. He and his team also claimed victory in the 2012 Chukotka Sprint Championship.

With this second Iditarod, the run for Racing Beringia continues in 2014. Joar now works full-time with his very small kennel of dogs. Back in Norway, he worked as a cowboy while he ran the great races of Scandinavia: Finnmarksløpet, Femundlópet and the Amundsen Race. He is a member of Rana Trekkt-og Brukshundklubb. He lists his hobbies as hunting, fishing, camping and “the North.”