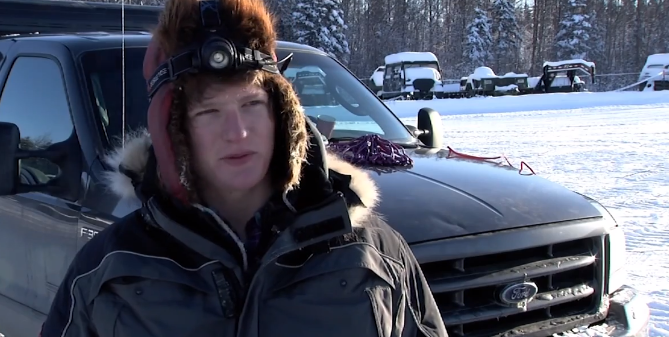 Ben Harper felt right at home at the Knik 200 Sled Dog Race. After all, it runs many of the same trails as the Jr Iditarod — a race he’s finished three times. But after his 18th birthday last June, Harper was a junior musher no more. The next step was the Iditarod.

“I’ve never done a race like that before so that’s a little intimidating, I don’t worry about my age, I’ve been doing this long enough,” says Harper.

“I’m looking forward to figuring out how the race is ran and hopefully finishing and hopefully get better in years to come,” Harper says. “I like being out in the middle of nowhere.”

Ben says it feels good to test himself and to test his dogs. He crosses the finish line of Knik 200 in 2nd place. It’s two more days and 200 more miles of experience that he’ll take with to the Iditarod and beyond. Ben plans on attending airplane mechanic school later this year – putting his Jr Iditarod scholarships to work for him.

He’ll start working on that, 1000 miles from Fairbanks.