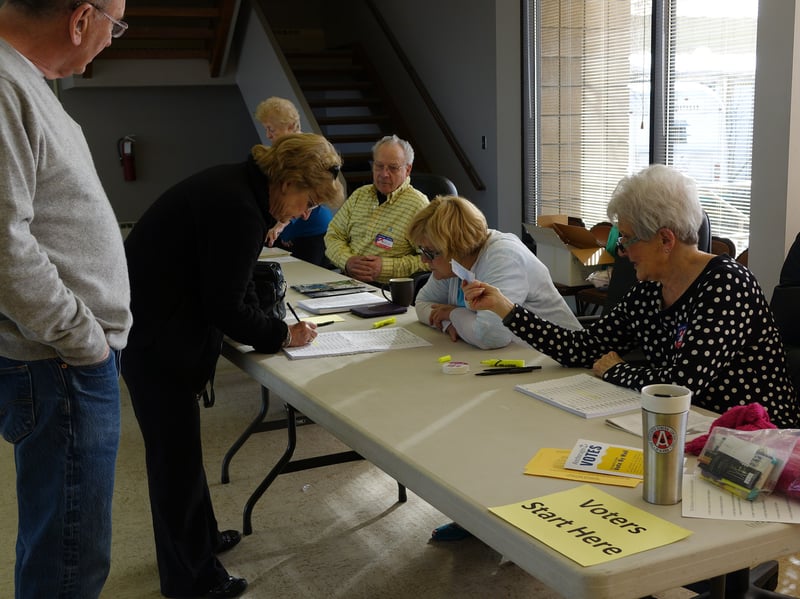 Looking for a way to give back to your community while earning a little extra cash? The Municipality of Anchorage is looking for poll workers ahead of the April election.

Deputy clerk Amanda Moser says the city hires 650 workers to staff 122 precincts around the municipality. They have up to 150 positions left to fill before April.

It is a paid job — workers receive $9.50 an hour for Election Day and a training session.

Moser says a lot of workers come back election after election, doing their civic duty while having some fun.

“We had one woman who had been an election worker since 1959. Alaska was just becoming a state and she had been working the polls since then,” Moser said. “It is definitely a great way to be engaged in your community and in the democratic process, spend time with your friends and neighbors, and help people vote, which is that sort of right that as citizens we are all very grateful for.”

Kassandra Smith has worked every election since the 2010 presidential election. She’s even recruited family to be on her poll crew. Smith said she feels a sense of pride for being part of the process.

“I think voting is one of the most, the important thing that a citizen can do to practice their rights and exercise and have some kind of control over government and the laws,” she said, noting it’s a positive environment. “Everyone is usually extremely happy to vote and especially when you get those first-time voters, those newly minted United States citizens that come in and are extremely happy.”

To qualify as an election worker, you must be a registered voter. Applications are available online at the municipality’s website.

The post Municipality of Anchorage looking for election workers appeared first on KTVA 11.