FRANKLYWNOW - F-35 fighter squadrons will head to Eielson in 2020

F-35 fighter squadrons will head to Eielson in 2020 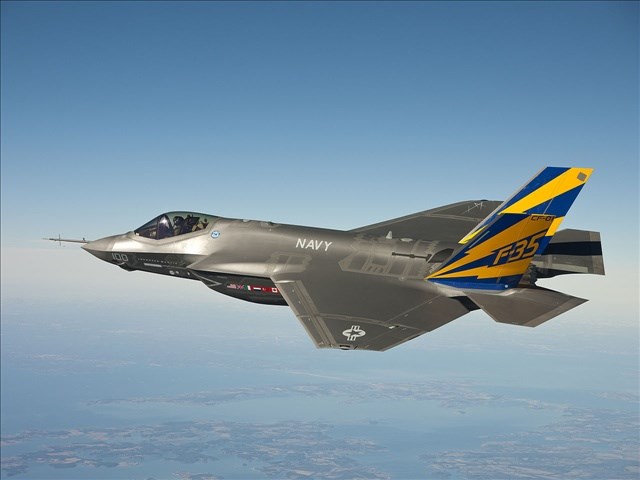 Two squadrons of F-35 fighter aircrafts are heading to Eielson Air Force Base in Interior Alaska, the military announced Monday in a release.

“Alaska combines a strategically important location with a world-class training environment. Basing the F-35s at Eielson AFB will allow the Air Force the capability of using the Joint Pacific Alaska Range Complex (JPARC) for large force exercises using a multitude of ranges and maneuver areas in Alaska,” said Secretary of the Air Force Deborah Lee James, in the release.

The decision is the end result of a three-year process.

Construction to prepare for the arrival of the planes is expected to begin in fiscal year 2017. The first F-35 planes are expected to arrive in 2020, which the military said would provide the Air Force “more time and grow its active-duty maintenance force.”

“The Air Force is facing a shortage of experienced, active-duty fighter aircraft maintainers as we transition from legacy aircraft to the F-35A,” said Lt. Gen. John B. Cooper, the deputy chief of staff the Air Force for logistics, installations and mission support.

Gov. Bill Walker celebrated the decision in a emailed statement and commented on Alaska’s role in the Pacific Theater.

“As the entire world turns its attention to the Arctic, I am grateful the U.S. Air Force has once again confirmed Alaska’s strategic significance and critical location on the globe,” said Walker. “We recognize Alaska’s important role in our nation’s armed forces, and stand ready for the U.S. military to take full advantage of the opportunities our state can offer.”

Alaska’s congressional delegation also favorably commented on the decision and, in a release issued shortly after the announcement, said it will bring 54 new aircrafts, plus 2,765 residents to the Interior area.

The decision is also expected to create 2,339 construction jobs and generate $453.4 million in economic output, the delegation said.

Fairbanks Mayor also John Eberhart applauded the decision, focusing on the impact to the local economy.

“The injection of jobs, income, opportunity for our community is just huge. It’s the biggest thing since the pipeline in the early 70s,” said Eberhart.

U.S. Sen. Lisa Murkowski used the announcement to highlight what she sees as the F-35’s role in the larger national security debate.

“Russia and China are developing their own 5th generation air craft as we speak so if we intend to maintain our air dominance over all of our adversaries then we need to continue the commitment that we have made to the F-35 program,” said Murkowski. “When you think about national security, it does not come without a price tag.”

Bonney Bowman contributed to this story.

The post F-35 fighter squadrons will head to Eielson in 2020 appeared first on KTVA 11.