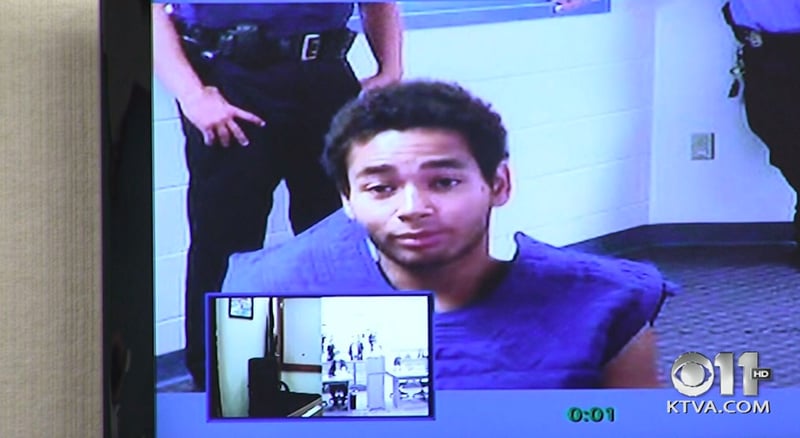 A 19-year-old man has been arrested on murder and arson charges after he allegedly set fire to his bedroom and stabbed two people, killing his foster mother.

In a sworn affidavit, Alaska State Trooper Andrew Adams said 66-year-old Wasilla resident Mollie Ragonesi called 911 around 5:18 a.m. Monday to report that “he” tried to burn down the house. Ragonesi was difficult to understand, according to the affidavit, and the line was soon disconnected. When MATCOM dispatch called the number back, a man answered the phone and told dispatchers Ragonesi was injured after being stabbed by the “foster kid,” the affidavit states. Another male voice heard over the line said that two people had been stabbed.

When troopers and Wasilla police responded to the residence on Pioneer Peak Drive, AST said they observed thick smoke inside the home. Investigation revealed Ragonesi was inside the home along with Adams, James Springer and Daniel Ramsey when the teenager — who was apparently contemplating suicide — set fire to the lower part of a furnace in his bedroom, the affidavit states.

Ragonesi smelled the fire, went to investigate then yelled for Ramsey to grab the fire extinguisher. While Adams pushed the bedroom door closed on Ragonesi and told her not to come inside, the affidavit states Ramsey was able to force his way into the bedroom. A struggle ensued between Ramsey and Adams, and Adams allegedly stabbed Ramsey several times with a kitchen steak knife. According to the affidavit, Ragonesi was also stabbed at least once in the neck.

The injured woman was able to leave the bedroom and call 911 before collapsing to the kitchen floor, court records state, and Ramsey was ultimately able to break off the blade of the knife as Adams attempted to strangle him. By that time, the affidavit states Springer entered the room and pulled the teenager off Ramsey, who was able to make it to the kitchen before collapsing on the floor near Ragonesi.

Ragonesi was pronounced dead at the scene, according to the trooper’s affidavit, and Ramsey was taken to Providence Hospital in critical condition.

Adams was taken to the Mat-Su Pretrial Facility where he is being held on $500,000 and third-party custodian as condition of bail.