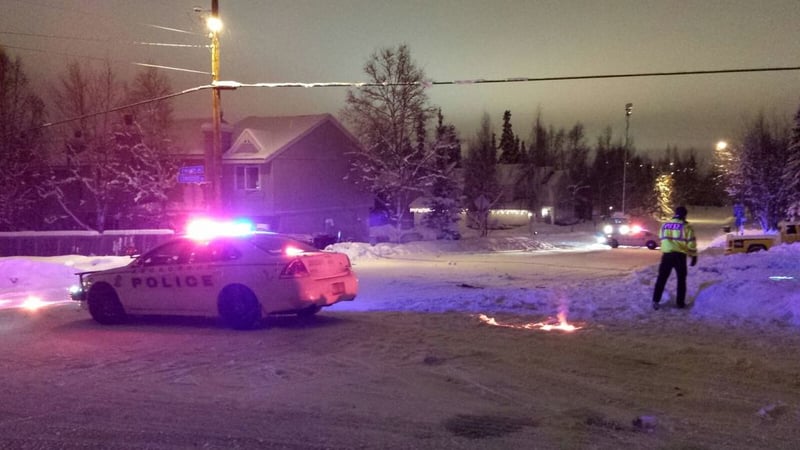 Robert Lee Green III was arrested Tuesday on two counts of furnishing alcohol to people under the age of 21, according to APD. The charges stem from a February 20 rollover crash that killed 17-year-old Brandon Muller in South Anchorage. Two other teenagers were in the vehicle driven by Muller at the time of the crash, and police said both were charged with consuming alcohol while underage.

An investigation by APD Traffic Unit Fatality Investigator Steve Dunn pinpointed Green as the source of the alcohol, according to a written statement from the department.

“If I had known anything about what would happen I wouldn’t have done it in the first place. I was just helping out a friend from work,” Green said Wednesday. Muller and Green both worked at the same local movie theater.

While furnishing alcohol to a minor is usually a misdemeanor crime, police said Green was charged under a 2002 statute that elevates the crime to a felony if the minor negligently causes death or serious injury while impaired by alcohol. APD said it believes Green is the first person to be charged under that statute.

Dunn also has some advice for those who are tempted to buy alcohol for people who are underage.

“Sometimes we feel because we know this kid or person, that we feel comfortable doing something like that. Whatever the case may be, realize that it’s a criminal charge … you can’t control the person that you’re buying alcohol for,” he said.

According to police, Green was remanded to the Anchorage Jail on $5,000 bail.