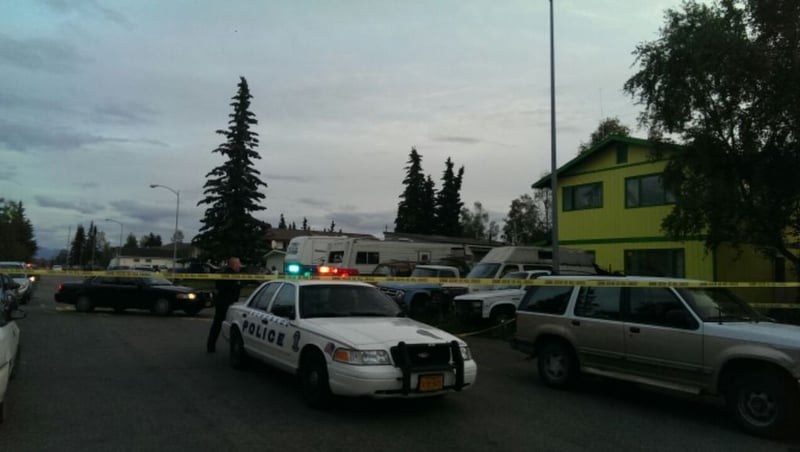 Police are investigating a fatal stabbing that occurred Wednesday evening in Mountain View.

In a written statement, the Anchorage Police Department said they received a report shortly before 9:30 p.m. that a man had been stabbed on the 700 block of North Park Street. When police and medics arrived at the home, they found that a man had suffered multiple stab wounds. He was taken to a local hospital where he was pronounced dead, APD said.

Police said Mullins and Nayokpuk were raised as stepbrothers and lived in the same home. After Nayokpuk returned home intoxicated Wednesday night, APD said, the two men began a verbal fight that later turned physical. Police said Nayokpuk stabbed Mullins multiple times in the chest and back then called 911.

Ramon Regis-Kile, who lives nearby, said he heard the altercation and ran across the street in time to give Mullins CPR.