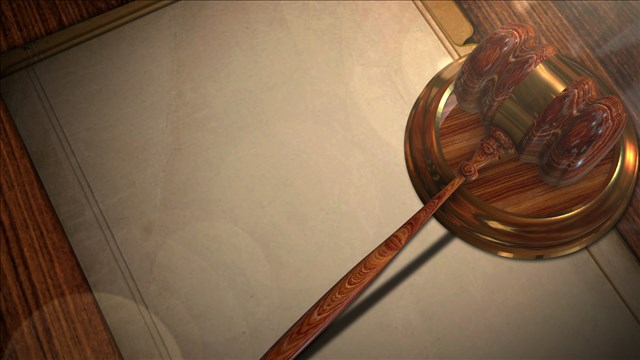 A 30-year-old woman was sentenced to 14 years in prison for the shooting death of her boyfriend.

According to the District Attorney’s Office, Bonnie Degenstein was sentenced by Anchorage Superior Court judge Kevin Saxby, Wednesday, for the death of Ryan Tamborino.

Degenstein called police and told them she shot Tamborino in the head on Dec. 6, 2013. The District Attorney’s Office said she told investigators she was drunk and that they were playing with guns.

“During sentencing, Degenstein stated that the couple would play with firearms regularly while drinking alcohol, including firing weapons out the door and window of their midtown apartment,” the DA’s office wrote in a release.

On the night Tamborino was killed, Degenstein said, she “pointed the firearm over his shoulder as if to fire it at a wall, but that Tamborino leaned into the barrel,” the release explained.

Degenstein said she didn’t know the gun was loaded.

Her blood alcohol level was more than three times the legal limit for driving motor vehicles at the time of the shooting, the District Attorney’s Office said.

“In his sentencing remarks, Judge Saxby noted the dangerous mix of firearms and alcohol not only in this case, but in far too many cases across Alaska each year,” the release said.

In addition to the 14 years in prison, Degenstein was also sentenced to five years suspended, plus five years of probation starting when she is released from prison. She’s also been ordered not to drink alcohol while on probation.