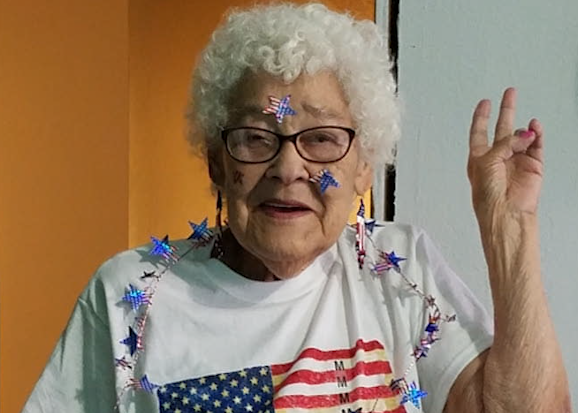 Becky Gagnon’s mother, Eleanor Thurmond, passed away in mid-September. While grieving her loss, Gagnon said she has had to deal with someone attempting to steal hundreds of dollars from Thurmond’s bank account.

She said a woman pretending to be her mom’s friend stole checks before writing them to herself.

“My mom’s name is not even spelled right,” Gagnon said, noting the signatures on the fake checks look nothing like her mother’s.

The woman who allegedly stole the checks wrote them for varying amounts, with some for as much as $160.

“I’m going after her anyway I can legally,” Gagnon said.

Gagnon was able to get all of the money returned because she reported the fraud within 60 days of the check’s date. Don Krohn, a fraud expert and security manager at First National Bank in Anchorage, said consumers should check their bank account regularly to ensure nothing suspicious has happened. And if it has, act immediately.

“The first thing they should do is call the bank and let them know that there’s a problem so that the financial institution can protect what’s left in their account,” Krohn said. “Then they should contact the police and file a police report.”

Banks have 24 hours from the time a check is deposited to determine if it is fraudulent. If it is not deemed invalid during that period, the loss will fall on the bank or, if the fraud is not reported within 60 days, the customer. Krohn said in this case, the check was likely deposited at a bank other than Thurmond’s, since that bank would immediately know the signature was forged.

Police are investigating the case, but could not locate the alleged suspect.

“They told me that they’d keep it on file,” Gagnon said. “There wasn’t enough manpower. But if something else was to happen and her name came up, they might ask me to testify then.”

KTVA has also been unable to track the suspected thief down and give her a chance to defend herself, and has therefore decided to not use her name.

“It’s not just my mom. There are probably other people out there. So I want to get the word out,” Gagnon said.