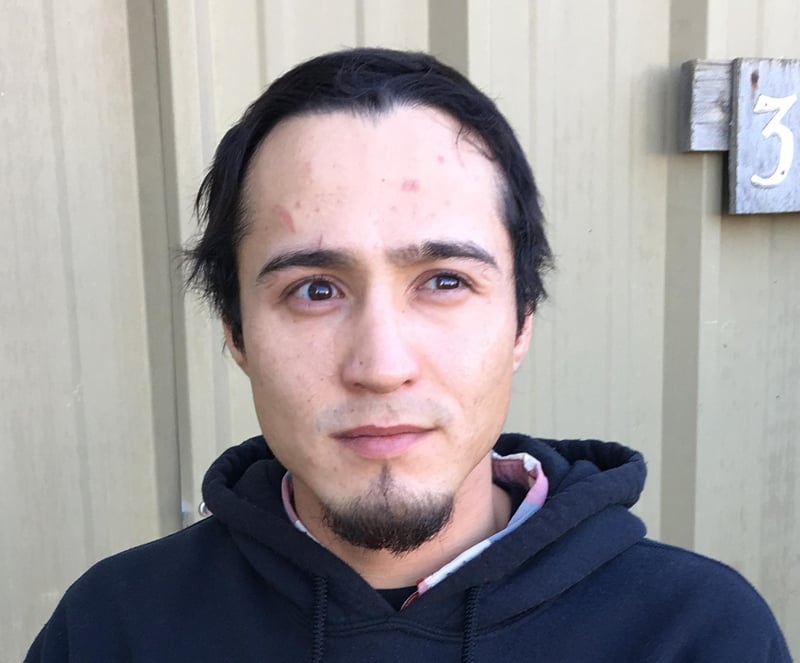 BETHEL — A Bethel man charged with attempted murder has taken a plea deal in exchange for a much reduced sentence. The victim of the crime, Charlie Smith, is concerned that the deal was better than the accused deserved. Smith says that he was attacked outside Bethel’s AC Quickstop by Daniel Misner, who fired six bullets from a .38-caliber pistol.

“The first two shots I heard, and then I felt those bullets pass me. You know? Right by inches,” said Smith.

The next rounds fired would change Charles Smith’s life.

The bullet cut a hole in Smith’s hat and touched his skin as it sped by. If his head had not gone down, he might not be alive.

“Don’t think it was God; it was absolutely God,” said Smith.

Despite six shots fired at a close distance, Smith was unharmed by the bullets physically. Mentally, though, he still carries scars.

“I haven’t went to work for a couple weeks, and I haven’t went out anywhere for a month. And being traumatized about it, when I hear a loud bang I just have to tick my head down and look around for a while,” said Smith.

Loud bangs are commonplace at the airport where Smith works, and he has a hard time getting through the day without panicking. He smokes a cigarette and tries to forget, but says it’s impossible.

It’s not clear what prompted the attack. Shouting was reported, along with gunshots. Maybe more will be learned at the sentencing, but it is clear that Smith is unhappy and concerned about Misner’s plea deal.

“He had an intent to kill me. I feel like he should have gotten 25 to life for attempted murder,” said Smith.

The deal that Misner took brought his jail time down from eight years to nine months. Misner pleaded guilty to a charge of assault in the second degree for hitting Smith with his gun before shooting. The state also seeks to dismiss six other charges ranging from more assaults to misconduct involving weapons in the second degree.

The deal comes weeks after community members expressed concern over another case in which a violent offender was given a deal: the case of Derek Adams, or the Banished Man as he has come to be known.

Adams was released from prison after being involved in a fire that killed three people, having been banished from his and three other villages, and then sentenced to three years time served and 10 years parole. District attorney Michael Gray said it was the best the state could get because of a lack of evidence.

Adams landed back in jail when he was recently arrested for possession of heroin. Misner faces sentencing in January for the assault conviction.

Charlie Smith says he fears that if Misner gets out, he might try to finish the job.

The District Attorney, Michael Gray, could not be reached by phone for comment on the story.