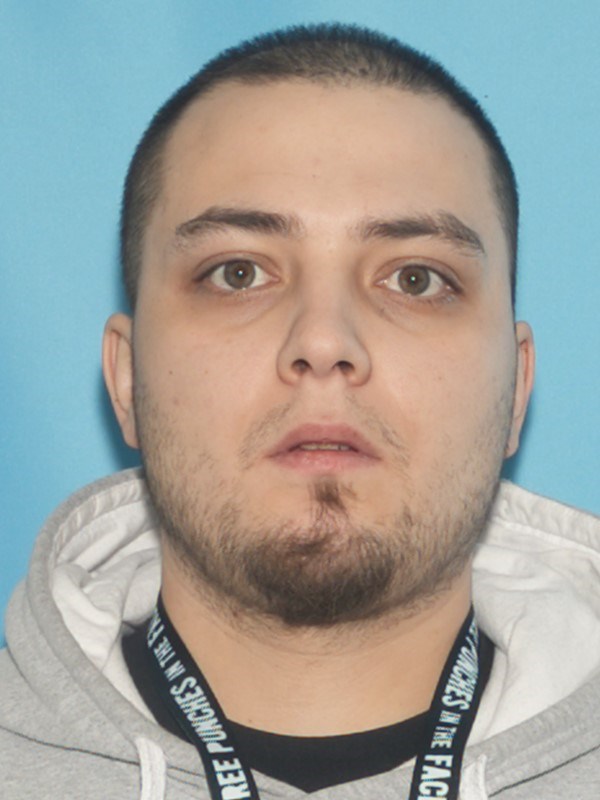 The Anchorage Police Department is asking for the public’s help in locating a man facing charges in connection to a 2015 death.

Police said in a statement Tuesday that they are looking for 30-year-old Dominick Lozano. The charges against him include manslaughter, burglary and assault, according to police.

On the night of Nov. 23, 2015, Lozano and his friend, Radford Hepa, allegedly broke into Lozano’s old apartment on Wisconsin Street, according to police. They were there to gather personal belongings and confront Shannon Perkins, who at the time was dating Lozano’s ex-girlfriend.

“Perkins knew Lozano as he had been assaulted by him in the past,” police stated.

The two men backed Perkins into a bedroom corner and prevented him from leaving, at which point Perkins grabbed a gun and shot the men.

Lozano and Hepa were both taken to a nearby hospital for treatment of their injuries. Hepa died at the hospital a few hours later, according to police.

Lozano eventually recovered from his wounds.

APD spokeswoman Anita Shell said in a phone interview Tuesday that the manslaughter charges was filed against Lozano because his actions in perpetrating a crime led to his friend Hepa’s death. She said the charges were not filed until August or September because detectives were working to build a case against him, while also investigating other recent homicides in Anchorage. She did not know if charges had been filed against Perkins around the time of the shooting, but said he is not currently facing any charges in connection to the case.

Shell said it was unclear when police last made contact with Lozano, but said he hasn’t been seen since before the charges against him were filed. She said it is possible he has left the state.

He is 5 feet 10 inches tall and weighs approximately 200 pounds, police wrote. He has brown hair and hazel eyes.

Anyone with information on his whereabouts is asked to call Anchorage police at 907-786-8900.