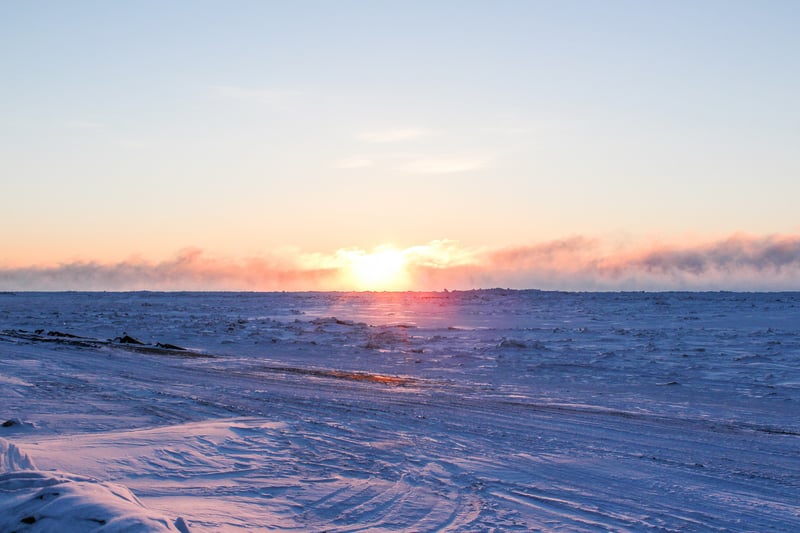 The sun is shining in Barrow, Alaska — every minute of every day for the next 82 full days.

The northernmost location in the United States saw it’s final sunrise of the season Tuesday morning at 2:42 a.m. It will stay above the horizon 24 hours a day until it sets again for a brief 56 minutes on August 1.

Other areas across the state continue to gain daylight as well. As of Tuesday, Fairbanks is still picking up an extra 7 minutes per day, and has more than 18 hours of daylight. Anchorage has surpassed the 17-hour mark, while Juneau is up to 16.5 hours.

The tables begin to turn in Alaska after the summer solstice occurs on June 20. Most of the state begins losing daylight the day after the solstice — only seconds at first, but it climbs to more than 5 minutes per day in Anchorage by the end of July, until a minimum is reached on the winter solstice. Barrow will hold steady though, and won’t begin losing daylight until mid-August.

Because of it’s high latitude, Barrow will lose between 10-12 minutes a day during August. The number ranges from 9 – 10 minutes per day for September and October, then rapidly begins increasing as the town loses it final minutes of daylight in November.

Do you have photos of the sunrise in Barrow? Upload them to our News Tip form.

The post Barrow will see 24 hours of daylight for the next 82 days appeared first on KTVA 11.