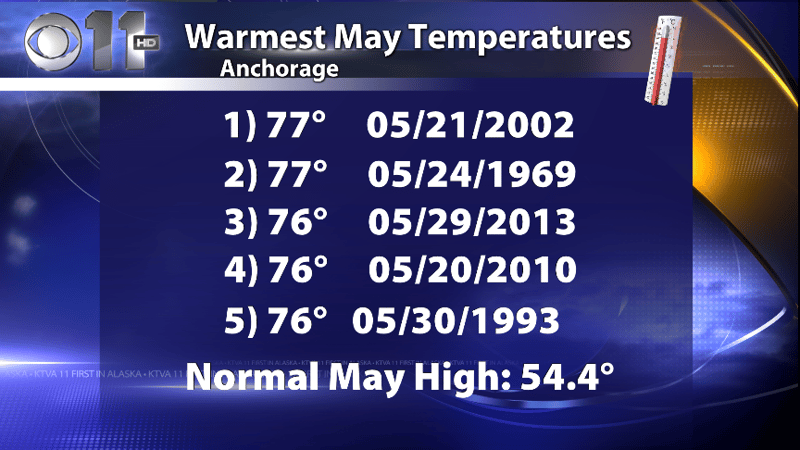 It’s shaping up to be an early start to summer in Alaska. A jet stream has pushed to the northernmost portion of the state and is allowing a strong ridge of high pressure to build across the eastern half of Alaska. This means residents can expect sunny skies and soaring temperatures from southeast to the North Slope.

Multiple locations across the state warmed into the 70s on Wednesday. For most areas, this was the first temperature above 70 degrees in 250 or more days.

Anchorage is forecast to surpass the 60-degree mark on Thursday and will reach near-record temperatures on Saturday, possibly breaking 70 degrees. The last time Anchorage reached 60 degrees was on September 10, 2015.