FRANKLYWNOW - UAA track and field team adjusts without The Dome

UAA track and field team adjusts without The Dome 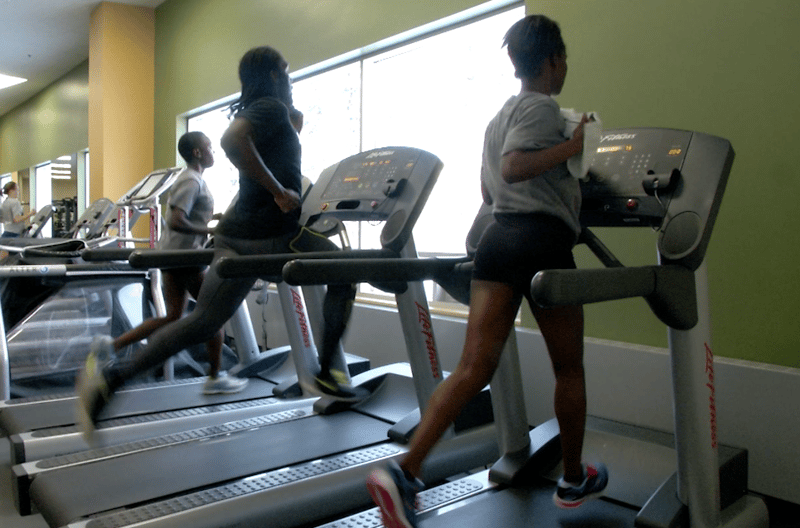 If only they could get back on track. For now, the University of Alaska Anchorage indoor track and field team is making due without The Dome.

But the domino effect continues. Following The Dome’s collapse over the weekend, UAA, along with many other groups, lost its place to work out. It forced the Seawolves back to campus and a building which is only a couple of years old. In truth, most collegiate programs would be happy to call Alaska Airlines Center home. Visiting schools, the National Collegiate Athletic Association and network broadcasters have all raved about the place, and the Seawolves know they have one of the great sports arenas in Division II.

The facility is not built for track and field, however. The track is smaller and the team is now supplementing time on the treadmills. The problems are further compounded because there’s nowhere for the field events training to take place, and right now, most of their equipment is buried at the Dome anyway.

“I have pole vault upcoming Saturday at the University of Washington,” said senior Travis Turner. “I most likely won’t get to train in that until I actually get to the event.”

Javelin, pole vault, shot put and discus have all been Seawolf strongholds for many years. The program has produced numerous All-Americans, but as head coach Michael Friess says, “right now we don’t have that capacity” to train for those events.

But no one will have any sympathy for the Seawolves when they arrive in Seattle. They’ll have to make due, adapt and like so many in the Anchorage area, hope The Dome is repaired soon.

The post UAA track and field team adjusts without The Dome appeared first on KTVA 11.