FRANKLYWNOW - Wiggs makes it a historic week for UAA basketball

Wiggs makes it a historic week for UAA basketball 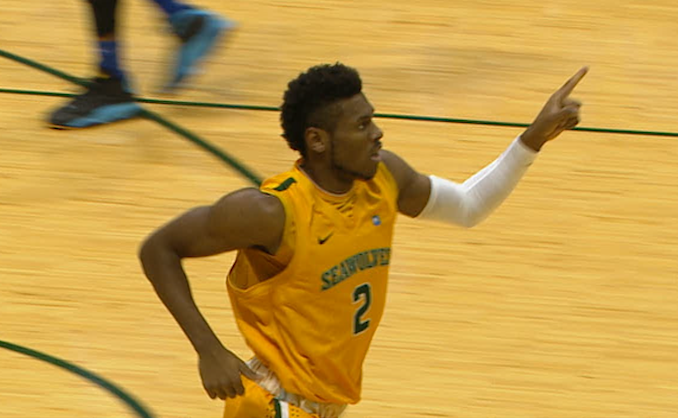 The 6 foot 4 inch tall guard totaled 66 points on just 32 field-goal attempts, as Wiggs shot 7 of 13 from long range, and 19 of 23 at the free-throw line, along with 11 rebounds and six assists as UAA extended its winning streak to six games and moved into a first-place tie with WWU.

Wiggs scored 32 points in Thursday’s 87-79 victory over the 13th-ranked Vikings (12-17 FG, 2-4 3FG) in 32 minutes and committed just one turnover to help Seawolves to their first win over a ranked team this year. He followed with 34 points in 30 minutes, and a team high of seven boards in Saturday’s 73-45 victory over the Clan. He also contributed to a record-setting defensive effort that held Simon Fraser to 13 first-half points – the Seawolves’ stingiest first half in 16 years of GNAC play.

This marks the first USBWA national weekly honor for a Seawolves player since the formation of the GNAC in 2001-02 season.

The post Wiggs makes it a historic week for UAA basketball appeared first on KTVA 11.