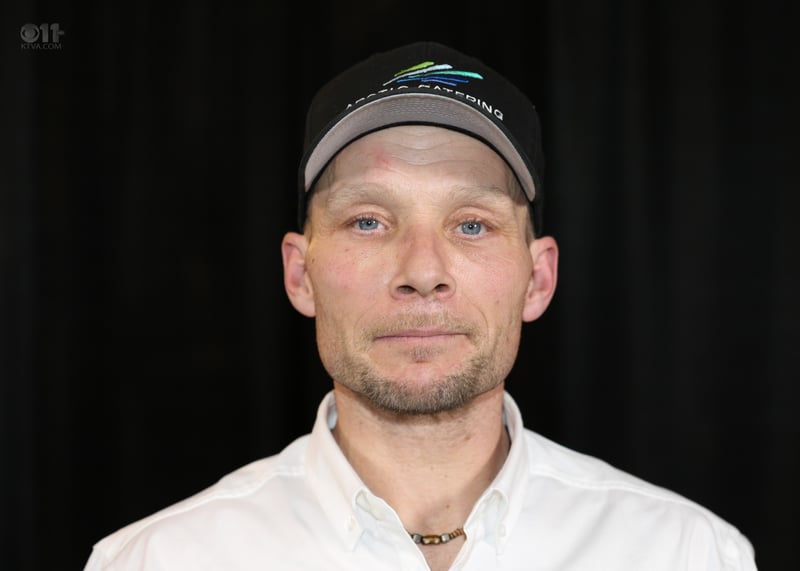 Jason Mackey, 43, was born in Alaska and raised in the Mat Valley and at Coldfoot. He says he’s been mushing “since I was big enough to hold onto the sled.” His mushing career began when he started running junior races back in 1983. After four Jr. Iditarod’s and four Jr. World Championships, he went into distance mushing, ultimately running the Iditarod in 2004 and 2008. The first Iditarod he remembers was the 1978 race. “Dad won in 1978.” “My background is mushing, working hard with sled dogs.