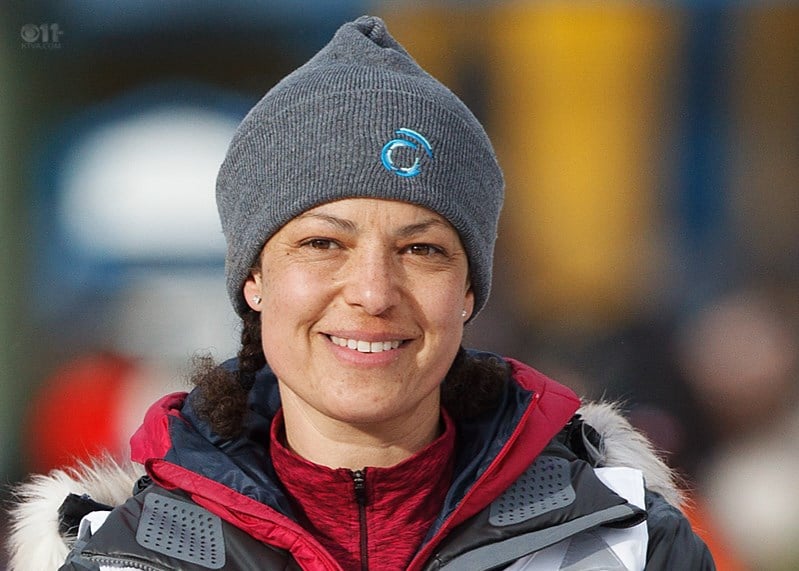 Becca Moore, 43, was born in Heidelberg, Germany and raised in Berlin. She went to Colorado State University where she earned a B.S. in Natural Resource Management in 1997. After graduation, she worked for the Army Corps of Engineers in Washington. She started coming to Alaska in 1999 and worked for the Sitka Ranger District.

She has been self-employed for the last eight years. She began mushing in 2000, and while working as a handler in 2003, she started thinking about running Iditarod.

– Info from the Iditarod Insider