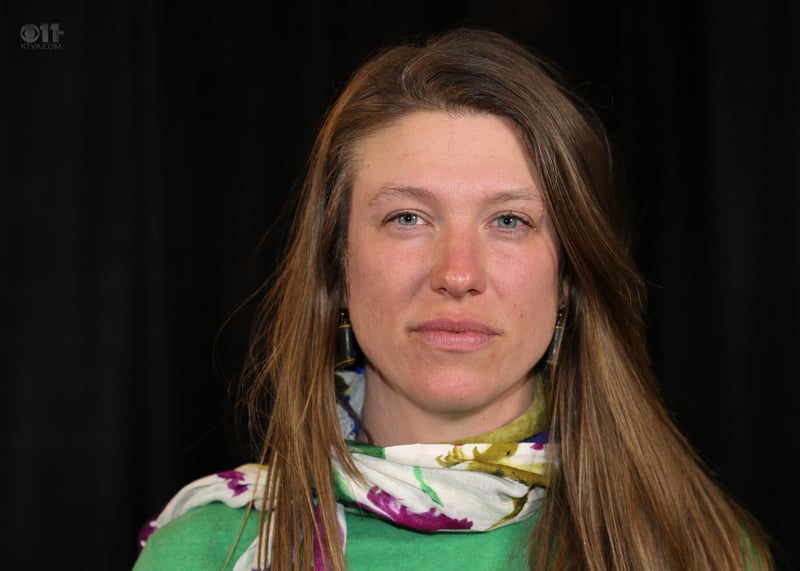 Monica Zappa, 31, was born and raised in northern Wisconsin where her family lived off the land and off the grid. She was born into a mushing family. Her mom and dad, Dan and Della Zappa participated in, and officiated, the John Beargrease Sled dog Marathon in Duluth, MN. After her dad’s sudden passing from a plane crash, she took a break from mushing to pursue academics. She holds a B.S. in Meteorology and a M.S. in Geography from Northern Illinois University.

She also completed one year of a Ph.D. program at the University of Oklahoma where she also worked at the National Weather Center. In 2010 she left flat Oklahoma for the mountains of Alaska, and for dogs. Soon after arriving in Kasilof she met veteran musher Tim Osmar and has been breeding, raising, training and racing dogs with him ever since. In the summer time Tim and Monica fish a commercial set-net site and operate summer dog kart tours. In the winter they take the dogs (and anyone else who dares to join) out for ultimate Alaskan adventures in the back country of the Kenai Peninsula. Since Monica hit the racing circuit three years ago, she is dedicated to use her publicity to help save Alaska’s wild salmon.

She is an activist against the proposed Pebble Mine in Bristol Bay and opposes any similar, large-scale mining operations that could pollute Alaska’s precious waterways. Monica says her hobbies are “1) dogs, 2) mushing and 3 )finding ways to fund 1 & 2.”