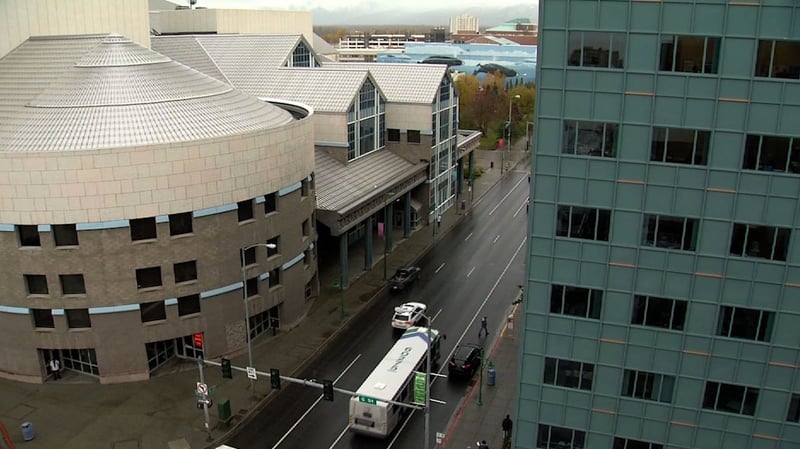 Mayor Ethan Berkowitz published his proposal for the 2016 budget on Friday afternoon. Facing an $11 million shortfall, the proposed $481.5 million budget is about $2 million smaller than last year’s.

The lack of revenue was largely caused by the termination of a $7.1 million dividend from Municipal Light & Power and $4 million from the state.

“As the state cuts back, it flows into the cities,” said Assembly Chair Dick Traini.

The mayor hopes to bridge the gap in revenue through a few proposals. First, he wants to raise property taxes by 4.3 percent – the equivalent of $50 for a $300,000 home. He also wants to increase fines and fees, such as speeding tickets and other moving violations.

There is also some money coming from legal settlements, like $4.5 million from Alyeska Pipeline. Finally, there could be some layoffs within City Hall — 28 positions may be cut. However, not all are currently filled, and some may be relocated.

“There’s a cost to the state’s fiscal crisis and Anchorage is going to pay a little bit of the cost right now,” Mayor Berkowitz said.

Following promises on the campaign trail, there will be a significant bump in funding for public safety, nearly $5 million more than 2015.

“Public safety is an issue for all of us. I’m really glad to see the mayor putting in an effort to have more police officers on the streets,” said Assembly member Elvi Gray-Jackson, who heads the Budget-Finance Committee.

Public safety accounts for about 40 percent of the annual budget.

Mayor Berkowitz plans to use the increase in funds for a third police academy, which should bring in at least 20 additional officers by the end of 2016. The budget would also allow for 10 new firefighters.

The budget will be officially introduced on Oct. 13. The first public hearing will be held on Oct. 27.

“If there’re better ideas of doing things or there are constructive approaches that we can employ to make sure we’re getting high value out of our tax dollars, I’m all ears,” Berkowitz said.