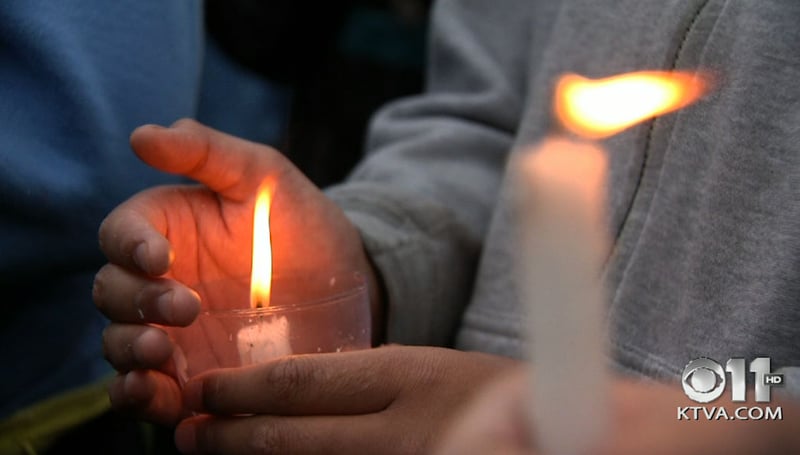 It’s a problem that’s not documented very well but seems to be getting worse. Sunday evening, the Anchorage community came together for a candlelight vigil honoring members of the homeless community who have died this year.

“We’re here tonight because in 1983 a group of people came to the park strip, and they stood here, and they said, ‘We do not have homes, we have no shelter, but our lives matter,’” said Marc June with the Brother Francis Shelter.

Three decades later, the message is the same.

Many believe spice is to blame for several deaths this summer. The Anchorage Fire Department says hundreds of transports since mid-July have been for patients high on spice, most from the downtown area and Beans Café. And one homeless death has been officially linked to the drug.

“I think the spice is a symptom of a wider problem and a lot of this happens because we don’t have the right amount of law enforcement on the street, not as a way of arresting people, but a way of preventing bad things from happening,” Berkowitz said.

With winter just around the corner, the muni and nonprofits are working against a ticking clock.

“I think that we’re going to continue to see those problems. Spice isn’t going away, and now with winter setting in, at the Brother Francis Shelter, we’ve already reached capacity,” Aquino said.

“As it gets colder, I just think we need to be mindful of those who don’t have the luxury of turning up the thermostat,” said Gov. Bill Walker, who also spoke at the vigil.

That’s what the event was all about — shining a light on the face of homelessness.