Repairs shut down part of Coastal Trail for next two weeks 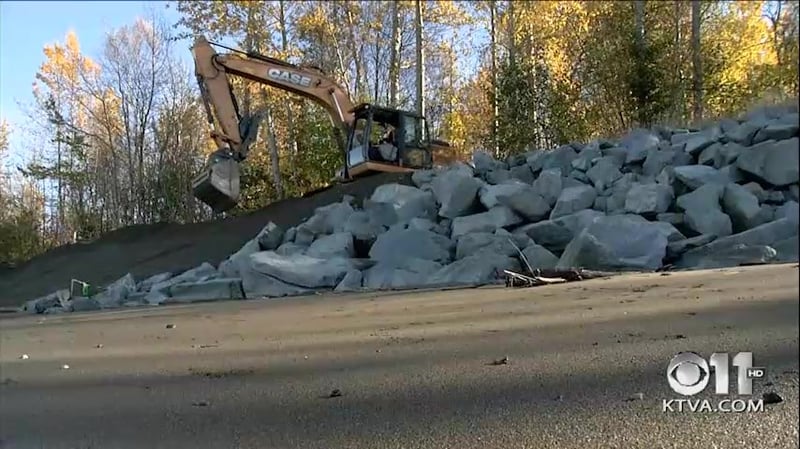 Work has begun to repair a section of the Tony Knowles Coastal Trail that’s been hit hard by erosion.

The repairs are being done along a one-mile stretch that runs from just west of Lyn Ary Park to Westchester Lagoon. That section of the trail will be closed to the public during the day for the next two weeks.

During that time crews will bring in loads of soil and big boulders called “rick rack” in an effort to stabilize the banks that support the trail.

Department of Parks and Recreation Director Josh Durand said there are two sections in particular that literally have been washing away. Durand said it’s an ongoing problem at high tide but in late August there were some exceptional conditions that made for a perfect storm.

“We had a very high tide, we had high winds coming from the northwest which created wave action, which came in and undermined a lot of the vegetation and land that exists just north of the coastal trail,” Durand said.

Durand said the trail will be open to the public from 6 p.m. till 8 a.m. each day. He said it will also be open during the weekend.

The post Repairs shut down part of Coastal Trail for next two weeks appeared first on KTVA 11.