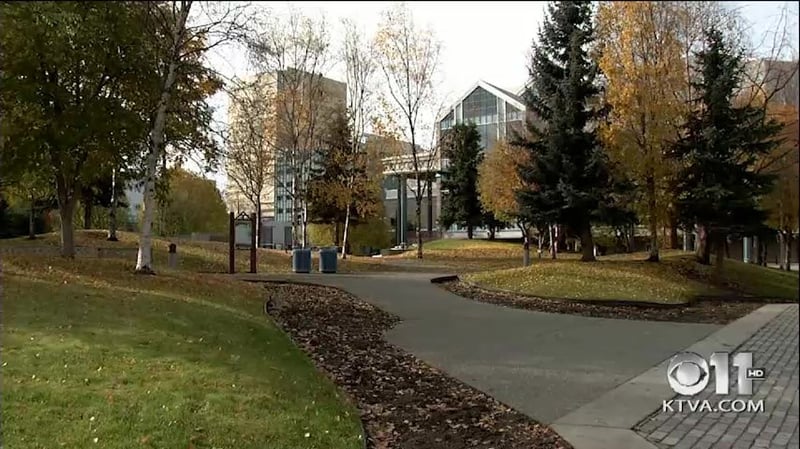 It’s a delicate issue that’s becoming a big problem. A lack of restrooms in downtown Anchorage means some homeless people are going outdoors. Many business owners say they’re tired of cleaning it up.

Nina Bonito put a sign on her Kobuk Coffee Company door. It read, “the restrooms are for customers only”. She also built a fence around the rear of the property. Bonito said she didn’t want to, but the small shop was being overrun with homeless people.

“It’s really hard to deny people the use of our restroom but then that caused us to spend a lot of our time cleaning up,” Bonito explained.

There are practically no public restrooms in the downtown area. City Ombudsman Darrel Hess said he hears that all the time.

“I have tourists during the summer say, ‘where’s the restroom, where’s a restroom at?’ So if you stop and think, the only public restrooms here are at City Hall and the Transit Center,” Hess pointed out.

When City Hall and the Transit Center close at night the problem gets worse, and not just for business owners. Lisa Sauder, director of Bean’s Cafe, says people use the area behind their dumpster as a toilet when the shelters close. She says Port-a-Potties might provide a temporary solution but someone would have to pay for them, as well as monitor them overnight.

That responsibility might fall on the city. Anchorage’s new homeless coordinator Nancy Burke says they are working with various groups to find a solution but in the meantime are considering putting portable restrooms in the downtown area.

“If there are some temporary solutions we might do to prevent those impacts we are interested in doing that,” Burke said.

Burke says the city was working with various groups to come up with the best answer, as well as where to place portable restrooms if they chose to go that route.