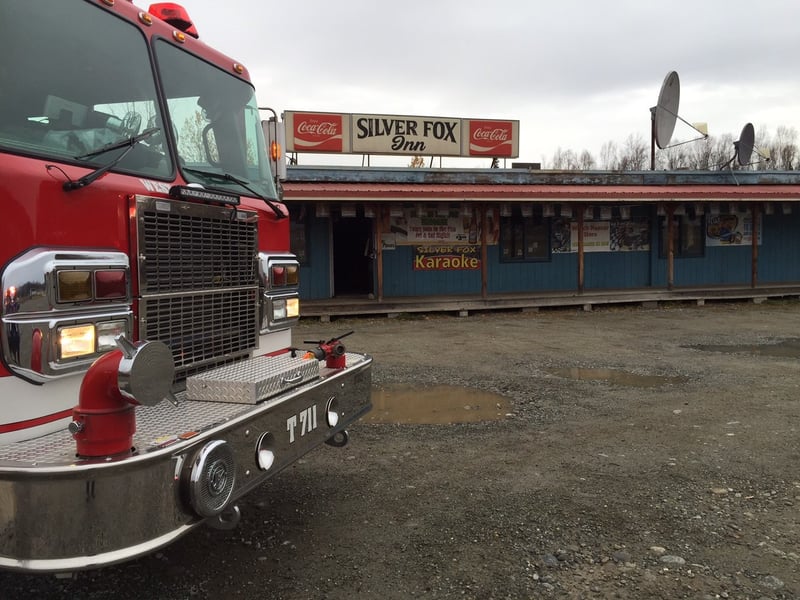 A fire broke out Wednesday morning at the Silver Fox Inn, near Wasilla, causing significant damage.

Emergency crews responded to the report of a fire at the hotel, bar and grill at about 7 a.m., after a renter in an apartment next door spotted the fire on the way to work.

No one was inside the building, located at Mile 50 of the Parks Highway, at the time of the fire and no injuries have been reported, says West Lakes Fire Department Battalion Chief James Keel.

Fire crews from West Lakes, along with crews from Houston and Central Mat-Su, were able to contain the fire quickly to keep it from spreading to the rest of the building. But Keel says citizens tried to put the fire out themselves before calling for help.

“That’s always an issue,” said Keel. ” If you know you’ve got an active fire or anything burning inside a structure, call 911 first. Worst thing you can do is try putting the fire out and realizing you can’t handle it.”

He says it saves more time — and more of the building — to call authorities immediately.

The fire is believed to be an electrical fire. There is substantial damage to the bar, but the building was saved.