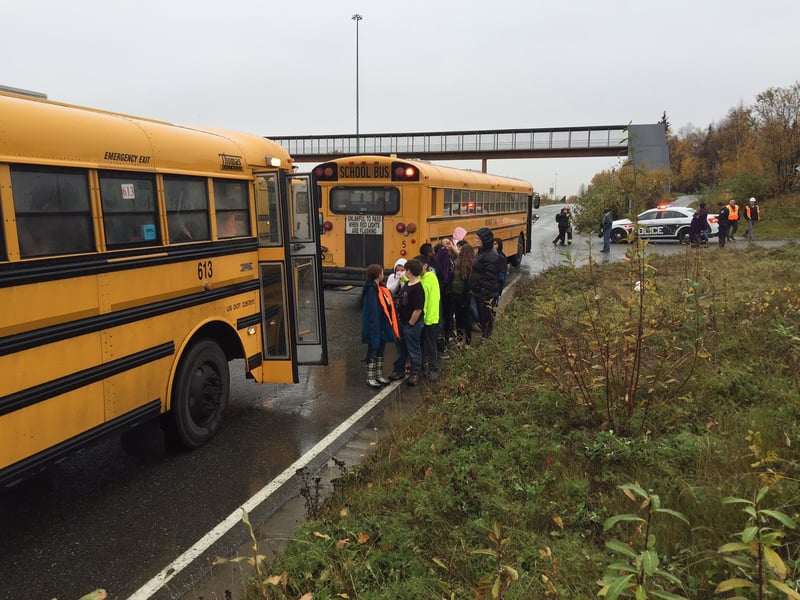 ANCHORAGE — Anchorage’s Rabbit Creek Elementary was evacuated Wednesday afternoon just before 2 p.m. as a result of damage to a natural gas line.

The damage done to the line was the result of a third-party crew working nearby, according to Lindsay Hobson with ENSTAR.

“I heard a pop and a gentleman came running in telling me that he’d struck a gas line and that he’d called his boss and emergency preparations were underway,” said Rabbit Creek principal Greg Balcao.

Students were taken to the South Anchorage High School gymnasium as a precaution. Anchorage School District spokesperson Heidi Embley confirmed all students and faculty were evacuated and are safe.

“We are proud at how students and staff handled today’s situation,” ASD officials said in a statement. “We have plans in place for these events, and the implementation of our plan went as expected.”

Drivers in the area reported a strong smell of natural gas Wednesday afternoon around the time of the evacuation.

“Luckily you can smell gas, so I’m sure they knew right away and they wanted the parents to know right away, which is really good. Good protocol,” Linda Porter said as she waited to pick up her child.

Safety crews gave the “all-clear” for Rabbit Creek Elementary School just before 5 p.m., according to ASD.

Classes will resume Thursday as normal.