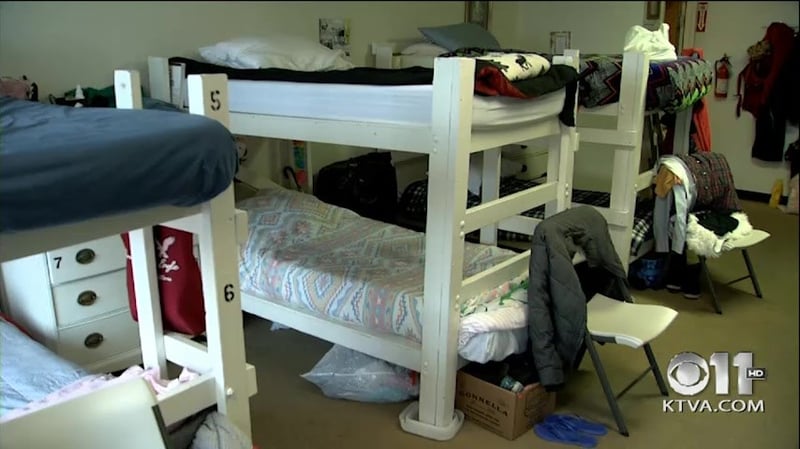 With the weather getting colder, many people in the homeless community are heading to shelters. But for some homeless women, it’s not that easy finding a safe place to sleep for more than 30 days.

The Anchorage Gospel Rescue Mission is hoping to fill that void.

For the past five months, the mission has been home for 30-year-old Alyssa Olgin.

“It’s been really, really great, just being in a stable environment where I can focus on what I need to do to get my life together,” she said.

She shares a room with nine other women. Olgin became homeless after she lost her job due to anxiety.

“This has given me the opportunity to get the right counselor, start seeing my psychiatrist on a regular basis and start making some progress towards dealing with those issues,” she said.

She says it was hard to find a safe place for single women.

“It’s really frustrating because I am not an alcoholic or a drug user, and I’m not currently in a domestic violence situation, so there’s just really no place to go,” she said.

But now there’s relief for the women — The shelter is allowing them to stay for up to six months, instead of just 30 days.

Pastor John Lamantia is hoping this will help them find jobs and housing.

“If you don’t have the time to learn the skills you need to learn, than you’re going to wind up making the mistakes you made in the past,” she said. “Every day, I feel such gratitude that I have this opportunity to get myself turned around.”

The mission is hoping to one day expand the women’s program to one year.