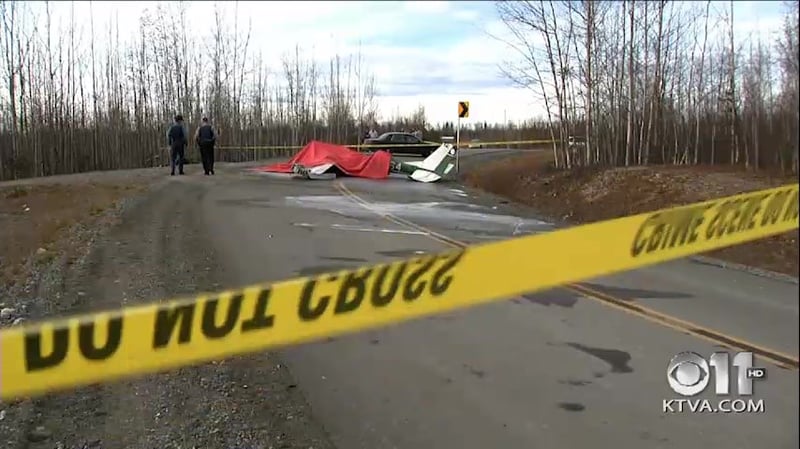 The sole occupant of a small, single-engine aircraft was killed after their plane crashed near Houston High School, according to officials.

Alaska State Troopers say family and friends at the scene identified the pilot as 23-year-old Joseph “Joe” Mielke, of Big Lake. Mielke was taking off from a nearby aircraft frame shop when the crash occurred, AST Sgt. Troy Shuey said.

“Initial investigation showed that the pilot was at a local air frame shop visiting friends,” he said. “Upon taking off they witnessed him start to make a turn and it looked like he got hit by a gust of wind. He continued turning. They’re not sure what happened at that point and the airplane fell from the sky.”

The plane crashed on Hawk Lane near the high school at roughly 1:45 p.m. and quickly became engulfed in flames, killing Mielke, according to Matanuska-Susitna Borough Deputy Fire Director Ken Barkley.

Mat-Su Borough officials responded and turned the scene over to troopers and the Federal Aviation Administration for their investigation after the fire was put out. AST spokeswoman Megan Peters says the National Transportation Safety Board has also responded to investigate.

Shannon Ballard contributed reporting. This is a developing story, please check back for updates.