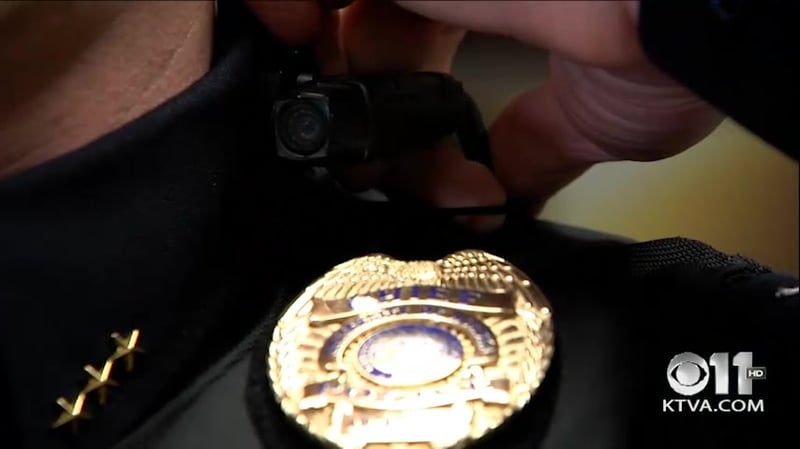 When new Anchorage Police Chief Chris Tolley officially takes the reins on Monday, he’ll be entering a changing landscape in the police department. Cameras are being installed on police cars, and the mayor is investing in a third police academy in the hopes of increasing the number of officers on the streets.

Now, the Anchorage Police Department is considering purchasing body-mounted cameras for each of its officers.

“We want to make sure we do it right and get all the information from mistakes learned and lessons learned from other departments and put those best practices to use,” Tolley said.

He hopes the cameras would make officers’ interactions with the public more peaceful.

“We know that individuals usually behave better when they know they’re being filmed,” Tolley explained.

The technology is already being used at several police departments around the state, including in Kenai and Soldotna. University police at the University of Alaska Anchorage have been using the cameras since early 2013.

“It’s a protection for the officer and also for the person they’re dealing with out there,” said UAA Police Chief Brad Munn.

Officers are in control of when the cameras are turned on, although they are instructed to use them in all interactions with the public.

“It allows not only us, but other people at the university, to see the interaction between the officers and either the students or the public,” Munn said.

When officers return to the station, they place the cameras in a charging dock, which also uploads the footage to cloud-based storage. The videos are stored for a few days before they are deleted, and administrators have the option to permanently save content. Munn said reviewing footage acts as a good training tool.

“It lets us see how we could have done better,” Munn noted.

Munn said each camera cost $900 in late 2012. However, costs have decreased significantly since then. Still, purchasing a device for each of the 340 APD officers would mark a major investment on behalf of the community.

“Clear policy, good training and a good monitoring of the program would be essential,” Tolley acknowledged.