Where is Jael? One year later, young mother still missing 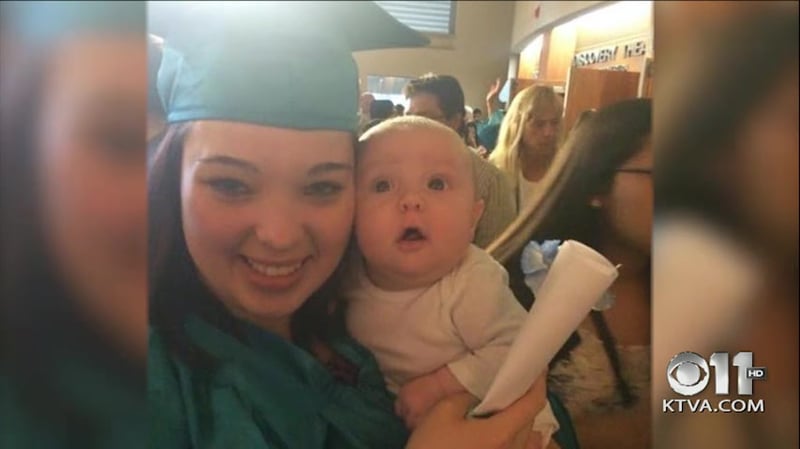 This weekend marks an anniversary a Valley mother prayed would never come — one year since Jael Hamblen disappeared from her South Anchorage apartment.

Everything was left behind—including her infant son. Today, Joel Hamblen is 19 months old and growing up fast.

Hamblen’s mother, Colleen Vague, took over as Joel’s guardian. The toddler is a ball of energy that seems to ease the pain of her daughter’s disappearance.

“I didn’t want to see this anniversary come,” Vague said. “I was really hoping that we would have some answers by now.”

If Hamblen were still alive, the young mother would have turned 21 this past summer.

Joel reminds Vague of what her daughter was like when she was young.

“He has so much personality and he’s so fun. She wanted a baby so bad. She was such a good mom, loved him so much, and there is all this cool stuff she’s missing out on,” Vague said.

Anchorage police say Hamblen’s case has not gone cold, but they have no new leads.

“It’s harder not knowing then actually knowing and being able to come to an emotional closure,” Vague said.

She wants answers for her family, especially little Joel.

“There’s always a glimmer of hope that she’s out there and living day to day with that is exhausting,” Vague said.

Vague says at least she has Joel to remind her of her daughter. Joel is a small face of hope, while so much has been lost.

Vague believes there are people out there with information about what happened to her daughter. She pleads with them to come forward so that her family can have closure.

Anyone with information on Hamblen’s whereabouts can contact Anchorage police at 786-8900. An anonymous tip can also be submitted to CrimeStoppers online or by calling 561-STOP (7867).

The post Where is Jael? One year later, young mother still missing appeared first on KTVA 11.