FRANKLYWNOW - Berkowitz on SAP: ‘It will get finished’

Berkowitz on SAP: ‘It will get finished’ 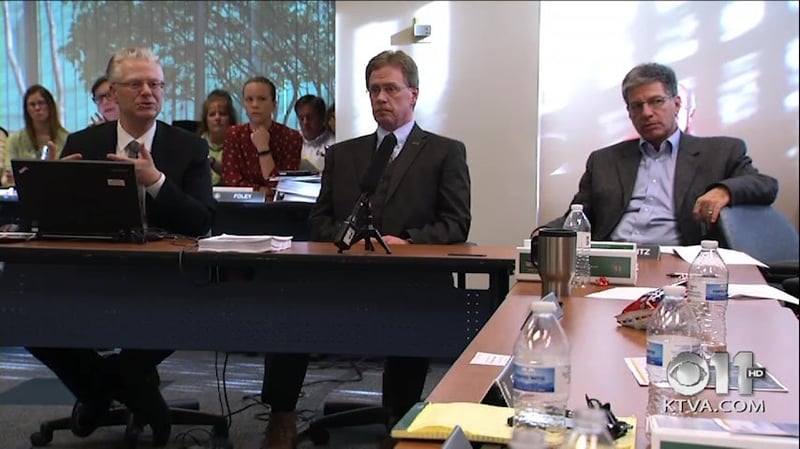 In 2011, former Mayor Dan Sullivan first proposed the SAP Synergy system as a more efficient way for the Municipality of Anchorage to keep track of payroll and other programs. It was planned to take 18 months to implement and cost $9.6 million. Four years later, the project is far from complete and has already cost the municipality $36 million.

On Friday, the Anchorage Assembly was presented with the results of a report put together by a team of seven consultants. It is the third time the municipality has hired a committee to audit SAP. Their report said the program is salvageable, so long as a list of several recommendations is fulfilled, most notably accountability on behalf of Mayor Ethan Berkowitz.

“Ultimate responsibility for the success or failure of the project lies with the mayor,” the report said.

The audit cited the challenges of implementing SAP in San Diego and Portland, Ore. Those cities spent approximately $50 million and $60 million implementing the system, respectively.

“With the new administration, we’re really looking at trying to do it right and making sure that we give accurate timelines and accurate costs for the particular project,” said Alden Thern, deputy chief financial officer for the municipality and the person tasked with making SAP a reality.

Thern said with a properly structured leadership, the software could be a success.

“We have a goal and we have a direction,” he said. “We have the staff and resources now put in place to make the project successful.”

Mayor Berkowitz said too much taxpayer money has been invested to cancel the project or switch to an entirely new system.

The consultants considered alternatives to implementing SAP, but ultimately decided that diverting from the original plan would cost the municipality even more time and money.

“This is something that has to get finished. It will get finished, and we’re going to do it in a way that protects the taxpayers,” Berkowitz said.

At the work session Friday, Assembly members expressed concern as to the feasibility of implementing SAP.

“It’s not a software problem; it’s not a technology problem,” said assembly member Bill Evans. “It’s just a very complicated thing to put together. And we’ve just not been able to find the right method and the right process to do that.”

It’s still unclear how much finishing the project will cost or how the municipality will pay for it. The timeline of when SAP’s integration will be complete is also somewhat of a mystery. Thern estimated the project could be finished as early as January 2017 if they started work “immediately.”

The post Berkowitz on SAP: ‘It will get finished’ appeared first on KTVA 11.