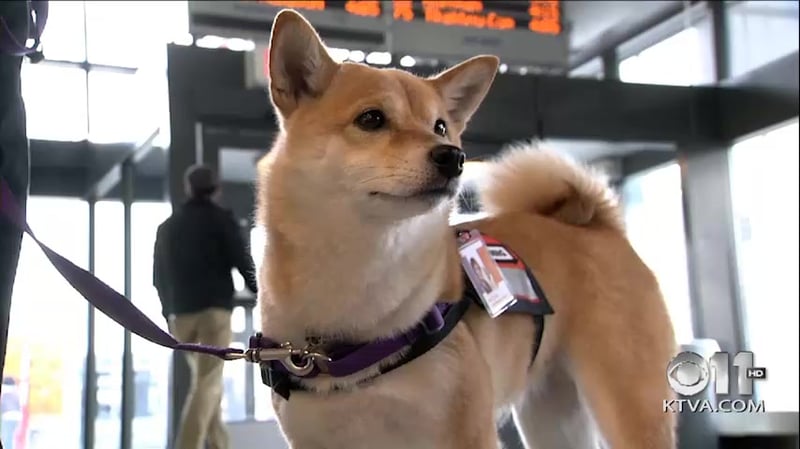 A group of Anchorage dogs and their handlers are training to be an emotional rescue team for Alaskans facing terrible times.

The pups are practicing to become crisis response canines. That’s a step beyond therapy dog. They’ll actually respond when tragedy strikes, like a school shooting or a natural disaster.

“Wherever people are having a heck of a hard time,” said handler Margaret Griffo. “They’re meant to help either the individuals in crisis, the community affected and also, very much so the first responders.”

The dogs act as a form of psychological first aid for victims and emergency response crews suffering on what could be the worst day of their life.

That’s where the dogs come in. They break the ice and form a connection with the victim, giving comfort and support.

Beyond basic obedience skills, the dogs also practice sitting quietly under a seat, like you’d find on a bus or a plane. Their handlers need them to be comfortable and calm in small spaces in case they have to travel to people in need.

“There’s crisis everywhere, whether it’s a natural disaster, man-made disaster, or maybe just the death of a loved one,” said handler Melissa Kitko.

It takes hours of training to get certified as a crisis response canine, but Kitko says it’s worth it.

“It is a wonderful service for our community,” she said. “It is going to fill a need.”

The crisis response canines and their handlers will keep training through the winter. They plan to take their certification exams in the spring. When they pass, they’ll be ready to serve the Anchorage community and Alaska as the first National Crisis Response Canine chapter in the state.