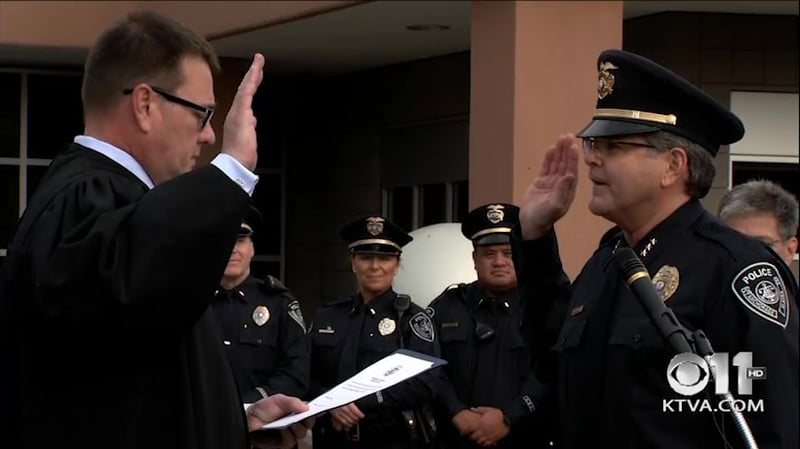 The Anchorage Police Department is officially under new leadership. On Monday, Christopher Tolley stepped into Mark Mew’s shoes as chief of police.

A short and simple change of chiefs ceremony was held outside the police station.

Anchorage Mayor Ethan Berkowitz spoke first, saying, “We have great achievements behind us, and greater ahead of us.”

He recognized and celebrated the work of Chief Mew and formally welcomed Chief Tolley to the department.

Mew spent more than 30 years with APD. He served five of them as chief. He said Monday’s ceremony is about moving forward, not moving back.

He says he’s ready to tackle the difficult job.

“We will meet the challenges before us with integrity, courage, and respect. Respect for not just ourselves but everyone we come in contact with,” Tolley said.