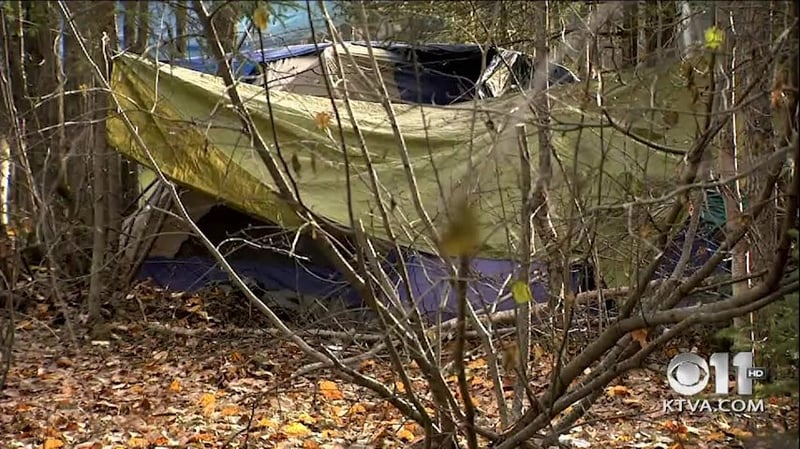 Anchorage is hosting the annual conference of the Alaska Coalition on Housing and Homelessness this week. Mayor Ethan Berkowitz spoke Monday morning, telling the crowd that ending homelessness in Anchorage is a top priority for his administration.

“It can be a single site housing first project, which most of the community members are familiar with. But it could also be apartments that are available across the community,” Burke said.

Burke said the idea behind the model is to provide people with housing that will allow them to feel safe. She said people need to feel comfortable and safe before they can consider serious change or treatment.

“Where they can lock the door and feel safe and then you can start a relationship,” Burke said. “The part I think people struggle with is, they’re still drinking but the addiction didn’t happen overnight, it didn’t just spring up. It takes a long time in the making and a long time in the clearing.”

“Some folks have moved out they’ve obtained employment, people are employed there,” Freemon said. “It is a very successful model but in any healthy community, we want a full array of continuing housing available to people.”

Another kind of housing experts say is important is sober housing.

The plan is to put that at Clitheroe Center. The city wants to replace the aging center at Point Woronzof with a bigger facility that would include permanent housing for people who have been through treatment and don’t want to live where people can drink.

Burke said the Clitheroe project is still two to five years away but the city has money to get it started. She said the legislature appropriated $4.7 million several years ago for homeless and addiction services and that the money has never been spent.