FRANKLYWNOW - Some developers in Anchorage unhappy with Title 21 changes

Some developers in Anchorage unhappy with Title 21 changes 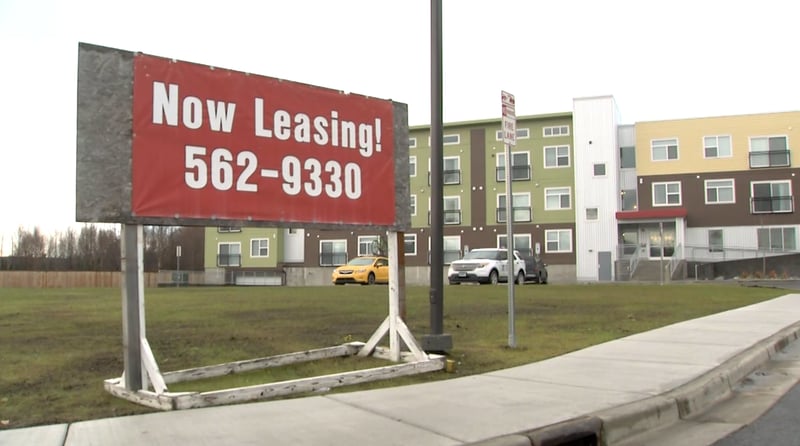 Tuesday night, the Anchorage Assembly passed an ordinance that added several regulations to the exiting guidelines for construction and zoning in the municipality. Notably, there is more leeway in terms of where residential complexes can be built and the maximum height for an apartment building, now raised to 70 feet from 45 feet.

“As we grow and mature as a city and as our demographics change, we need to have a code that’s flexible and applicable to meeting that demand,” said Chris Schutte, the director of economic and community development for the municipality.

Schutte says the ordinance will help relieve the housing shortfall.

“It introduces greater flexibility into the code,” said Schutte.

Supporters of the ordinance claim it will generate business for developers. But the ordinance has failed to garner support from everyone in the development community.

“It puts me out of business, basically,” said Shaun Debenham, vice president of acquisitions and development at Debenham Properties. “The old code … wasn’t feasible. And with this new code, even with the changes they’ve made, it’s more restrictive than the old code.

Debenham said his Northwood Luxury Apartments development is likely his last in Anchorage.

“They’ve literally [taken] me out of the multi-family market here in Anchorage,” said Debenham, adding that an estimate of the new regualtions would cost him 10 to 20 percent more in building expenses. “I have to go to the Valley.”

The ordinance aims to make the city more dense and vertical. In other words, building up instead of building out, supporting the idea that the municipality has used up all of its developable land.

“We have sea of parking lots all over the community” said Sheila Selkregg, a former Anchorage Assembly member and director of planning for the municipality. “We’re not out of land. We just haven’t developed what we have very wisely.”

She argued that while the city was poorly planned in some ways, this latest ordinance will only exacerbate the problem.

“The way you increase density is to increase it in a scale that works with the neighborhood to maintain the integrity of the neighborhood” said Selkregg. “And this change really threatens that possibility.”

The post Some developers in Anchorage unhappy with Title 21 changes appeared first on KTVA 11.