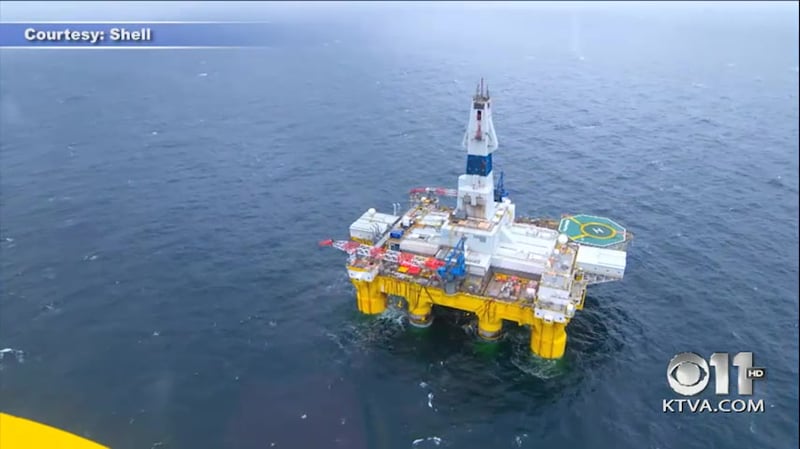 Secretary of the Interior Sally Jewell released a statement Friday announcing the cancellation of lease sales for oil companies hoping to drill in the Arctic. The statement said there was too little interest in drilling in the Chukchi and Beaufort Seas.

It’s a claim many in the industry have refuted.

“The demand is there, and we have the supply, but the federal government doesn’t want us to access it here,” said Kara Moriarty, president and CEO of the Alaska Oil and Gas Association.

The Interior Department also cited a sluggish oil market as reason to cancel the sales.

“Alaskans should never kid themselves into thinking that the federal government has our best interests at heart,” said Rebecca Logan, general manager of the Alaska Support Industry Alliance, a nonprofit organization that aims to “promote responsible exploration, development and production of oil, gas and mineral resources,” according to its website.

Jewell also said two companies’ applications to extend their 10-year leases in the Arctic were denied. The report said Shell and Norwegian oil giant Statoil failed to divulge enough details about their future plans in the region.

“The companies did not demonstrate a reasonable schedule of work for exploration and development under the leases,” the statement said.

In an email to KTVA, Shell said it was disappointed with the news.

“When it comes to frontier exploration in Alaska, one size does not fit all. We continue to believe the 10-year primary lease term needs to be extended,’ the company said.

The announcement comes on the heels of Shell revealing it will no longer pursue oil exploration efforts in the waters off Alaska’s coast.

“Regardless of Shell leaving or not, they were going to need those lease extensions. That lease extension would have allowed them to hopefully come back and invest here,” Moriarty said.

Alaskan politicians said they were taken off guard by the announcement. Gov. Bill Walker received a phone call from Secretary Jewell Friday morning.

“Anytime that we’re told what we can’t do and what cannot happen in our state or off our waters by the federal government, it’s very disappointing,” Walker said.

He said the state should use the opportunity to focus on bulking up onshore drilling opportunities in the Arctic National Wildlife Refuge.

“If we can’t have the offshore, let’s have responsible onshore development like we should have had for decades now,” Walker said.

The governor was attending the Alaska Federation of Natives Convention alongside Sen. Dan Sullivan, who said even environmentalists have no reason to celebrate.

The announcement is the latest in a series of blows to the state’s oil industry. Still, Moriarty says there is reason for optimism.

“We’ve done it before … we’ll have to buckle down and get through these tough times,” she said.