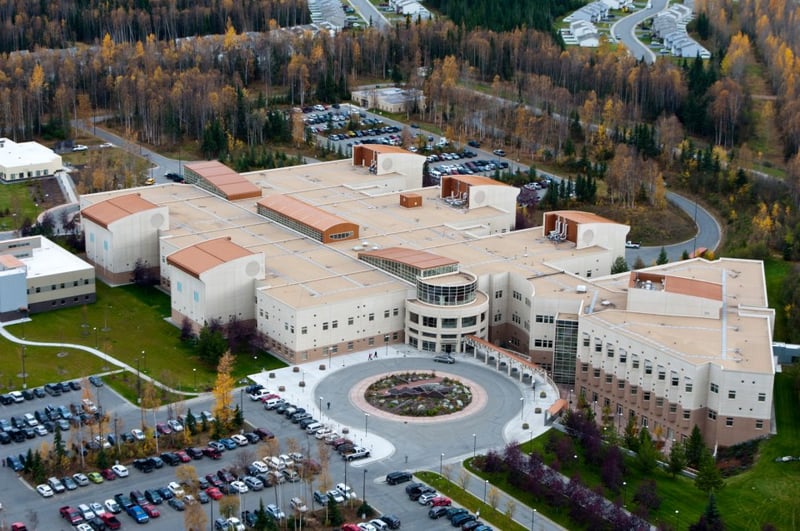 Joint Base Elemendorf-Richardson officials say they will not charge the airman whose behavior at the base hospital led to a lockdown.

The airman was reportedly acting “suspicious and combative” and was carrying a loaded 9 millimeter handgun on Friday. Hospital personnel initiated active shooter protocol, putting the hospital into lockdown, and shutting down all base gates.

Upon further investigation, it was revealed that the airman was in the process of moving away and reportedly forgot he had the weapon with him, according to JBER public affairs officials.

An active duty airman is in military police custody after a report of a “suspicious person” with a gun prompted a lockdown at the Joint Base Elmendorf-Richardson hospital Friday afternoon.

Initially, Anchorage police said they received reports of an “active shooter” situation. However, no shots were fired, according to Renee Oistad, spokesperson for the Anchorage Police Department. No injuries have been reported.

The incident was reported to APD around 12:30 p.m. at the base hospital. Every available officer was instructed to head to the scene until APD learned the “active shooter” situation was not true.

In a release, JBER said the military hospital was put on lockdown around 12:30 p.m. when “security forces and emergency response personnel responded to a report of a suspicious person with a firearm.”

“At approximately 12:30 p.m., a JBER airman at the hospital reported a suspicious and combative personnel with a…weapon to our law enforcement desk,” Col. Brian Bruckbauer, JBER and 673d Air Base Wing commander, said at a press conference Friday afternoon.

Active shooter protocol was activated, leading to base gate closures and a lockdown at the hospital, according to Bruckbauer. JBER law enforcement responded within three minutes and were able to take the suspect into custody without incident. A 9 millimeter handgun was found in the suspect’s waistband, but JBER officials said it was never brandished by the suspect during the incident.

Military police will take over the investigation, Oistad said. The suspect may face charges, depending on what JBER investigators uncover.

Base regulations prohibit open or concealed carry of any guns on base, Bruckbauer confirmed.

When asked if he thought anyone was in danger, JBER spokesperson Jim Hart said he does not think “there is reason to be concerned right now.”

Traffic was backed up at the Muldoon gate because of the incident.

“We want to thank those in the local community and JBER for the successful resolution of the incident,” Bruckbauer said. “I’m proud of our professionals on base and along with our off-base partners because they were here pretty quickly to assist us. It shows a very strong partnership with the Anchorage Police Department, FBI and others who responded to assist our defenders.”